Miranda Lambert is showing a good heart ahead of Christmas as she smiles for the camera while showing “babies” that “need homes.”

The country singer updated her Instagram recently with her husband Brendan McLoughlin. She shouted out her animal lover edge. Miranda has, for years, been into fostering and adoption, and this post came urging fans to take in dogs in need over the holiday season. Miranda posted while holding a gorgeous pooch, with Brendan doing the same. She also listed dogs who are in need of housing. Fans have left the Grammy winner over 43,000 likes.

Miranda Lambert Showing A Good Heart During The Holiday Season

In shots shared with her 4.7 million followers, Miranda posed indoors and from a hallway, also joined by her former NYPD officer husband. The “Bluebird” hitmaker was clutching a four-legged friend as she wore dark jeans, plus a country-infused and earthy-toned jacket. Grinning for the camera, Miranda added in an orange hat for a little winter style. She also sported a low-key face of makeup complete with dewy foundation, plus a little blusher on her cheeks.

Brendan, meanwhile, went Southern boy in jeans, a white tee, plus an opened checkered shirt. He, too, held a dog. The gallery further included various photos of Miranda posing with dogs, including a snapshot of her by Christmas trees and festive holiday decor. In a caption, Miranda shouted out the Mutt Nation organization she is partnered with. She wrote:

“These babies all need homes!!! If you’re in the Nashville area please check them out.” She then listed the names of ten dogs who are in desperate need of a home. Noting the sad situation with unwanted dogs, one fan replied: “I just don’t understand why the shelters are filling up!!! 😢 and now their gonna get worse cause Santa got to bring the kids a new puppy or kitten and then within a few months their over it. So so sad.” 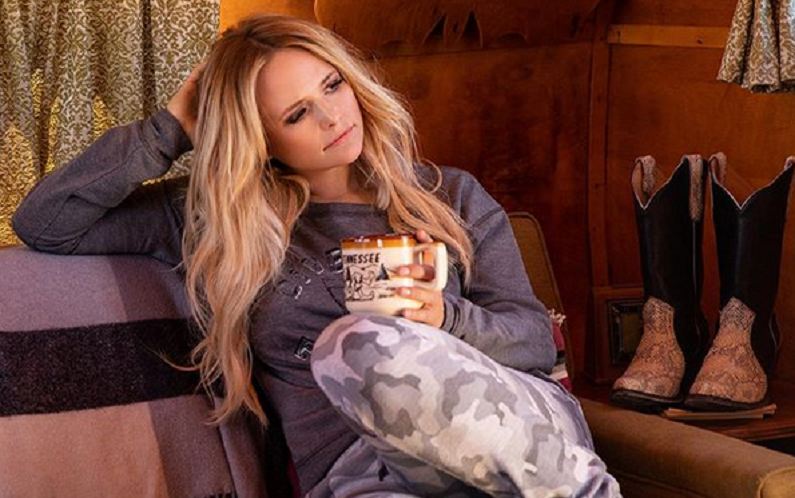 Opening Up On Dog Love

Miranda is known for having taken in many dogs over the years. She’s also opened up about what dog adoption means to her. The ex of Blake Shelton spoke to Modern Magazine, stating:

“I have a lot of animals! Our pets are all mixed breeds. Delta Dawn is a Chihuahua/Pug. She had been living at the Sonic Drive-In for about a week. I brought her home and she was in bad shape and I nursed her back to health. Since I found her right before the ACMs,  I brought her with me as I didn’t want to leave her home with friends. She ended up backstage at the show in Vegas and seemed immediately in her element.”

Also known for their dog love are Kendall and Kylie Jenner, plus Miley Cyrus. For now, though, it’s all about Miranda and her “babies!”