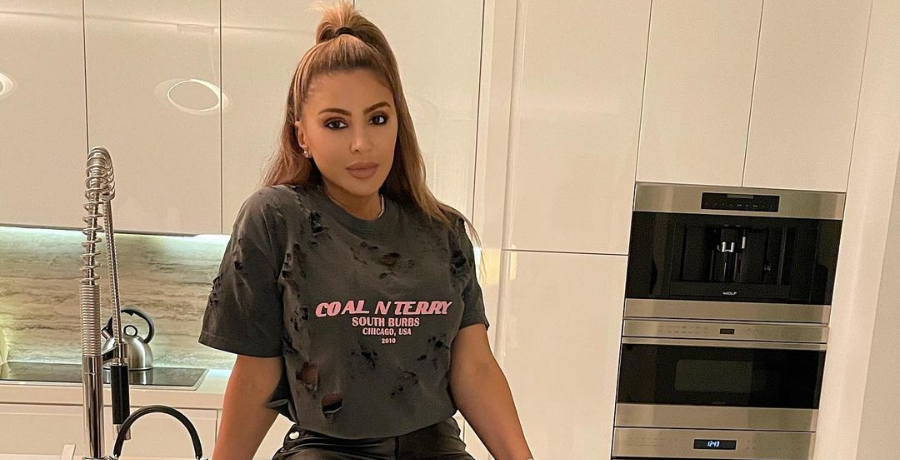 Larsa Pippen is ready to hit the shores while flaunting her killer figure in a nude bikini.

The 48-year-old reality star and former BFF to mogul Kim Kardashian has already made swimwear headlines this week. Following a shout-out to clothing brand Pretty Little Thing yesterday, she posted to Instagram with more today. Larsa updated her fans while showing off her sensational curves in a flesh-colored bikini on Wednesday. The jewelry designer drew attention to her gym-honed silhouette, also continuing the theme as she name-dropped the brand she has a six-figure deal with. Fans left over 4,000 likes before the post was 60 minutes old.

Stuns With Bikini Body Ahead Of Xmas

Stepping into the sun a little, the blonde folded one leg slightly, also big-time showing off her flat stomach and curvy hips as she modeled a tiny and string-tied bikini. Going for a skimpy finish that SKIMS founder Kim would approve of, the mom of four wowed as she flashed some chest and her golden tan. Larsa also rocked a pale blue pedicure to match a manicure. She further glammed up with massive statement shades and a full face of makeup complete with matte foundation and a statement red lip. Larsa posed backed by a muted accent and a stylish living room filled with spacious decor. She tagged herself at the Wymara Resort & Villas in Turks and Caicos.

In a caption, Pippen wrote: “Headed to the sand Swimsuit @prettylittlething.” Quick to leave the fire emoji was reality star, Brielle Biermann. “Smoking!” another fan replied.

Got Her PLT Deal

Larsa is older than many of the faces promoting Pretty Little Thing: both Jordyn Woods and Doja Cat are signed to the label. So is singer Christina Milian. Larsa seems to be having the last laugh, though. She’s also opened up on her figure – Larsa is an open book when it comes to revealing what she eats and how she works out. In 2020, Larsa opened up to Hollywood Life, slamming fad diets.

“I don’t think you can sustain that keto diet or the Atkins Diet,” she said. “Personally, I don’t feel like those work. For me it’s more it’s more about eating healthy and portion control. That’s the only thing that lasts forever.”

Larsa has since made headlines for admitting to a little pandemic weight gain on account of home baking.

Cooks For Her Kids

“I cook every day for my kids. I have a menu that I draw up [for] all week so I know what we’re gonna eat.”

Right now, though, it’s all about that bikini!