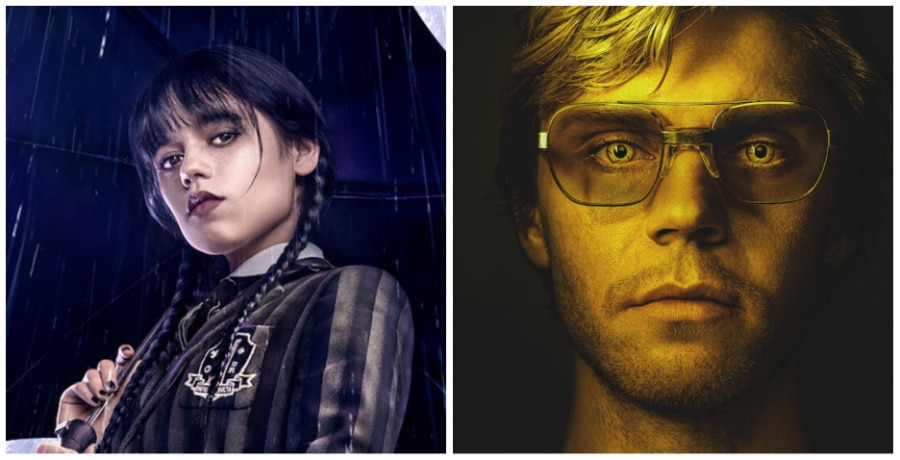 The Addams Family spin-off show Wednesday has done the unthinkable. In just a matter of weeks, the show has already become one of the most successful that Netflix has ever seen. The numbers this show is pulling in are no joke, and it seems like the hype train is not slowing down anytime soon. Furthermore, is it possible that we could be looking at the new all-time champ of streaming viewership? Let’s examine the numbers and get a clearer picture.

Wednesday Comes For The Throne

Wednesday has now taken the title of the second-highest streamed English show in Netflix history. It just recently took the number three spot from Season 2 of Bridgerton, and quickly caught up to Dahmer: The Jeffery Dahmer Story at number two. It has now well surpassed Dahmer with over a billion hours viewed in comparison to Dahmer‘s 856 billion.

Now, the way Netflix tallies these streams specifically is “hours viewed within 28 days.” Wednesday is up to 1.02 billion hours viewed in just 19 days. Meaning it has 9 days remaining to pass its current number-one competitor, Season 4 of Stranger Things. Stranger Things Season 4 is sitting at 1.3 billion hours viewed in its first 28 days. With the numbers Wednesday has right now, it is entirely possible that the show will take number one in the next 9 days. If it doesn’t, it is going to be a very close margin.

It’s worth noting that even if Wednesday takes the number one most-streamed English show position, it still isn’t the top dog of the whole platform. At number one of all shows, English or otherwise, in streaming numbers is still Season 1 of Squid Game. That show is sitting at an astonishing 1.65 billion hours viewed in its first 28 days. It’s unlikely that Season 1 of Wednesday will be able to top that in the next 9 days. Maybe Season 2?

Netflix has been topping itself over and over again in terms of viewership this past year. Half of the top 10 record-breaking seasons with wildly high viewership have come out between 2021 and 2022. Among many complaints about some of the company’s practices over the past year, their numbers don’t lie. However, with many of their biggest shows still ongoing, from Squid Game to Bridgerton and, of course, Wednesday, they’ll likely just keep topping their own records in the near future.

Every episode of Wednesday Season 1 is out now. Thus far we’ve yet to get the green light from Netflix for a Season 2. Finally, with these kinds of numbers for the debut season, there is no way a renewal isn’t inevitable.