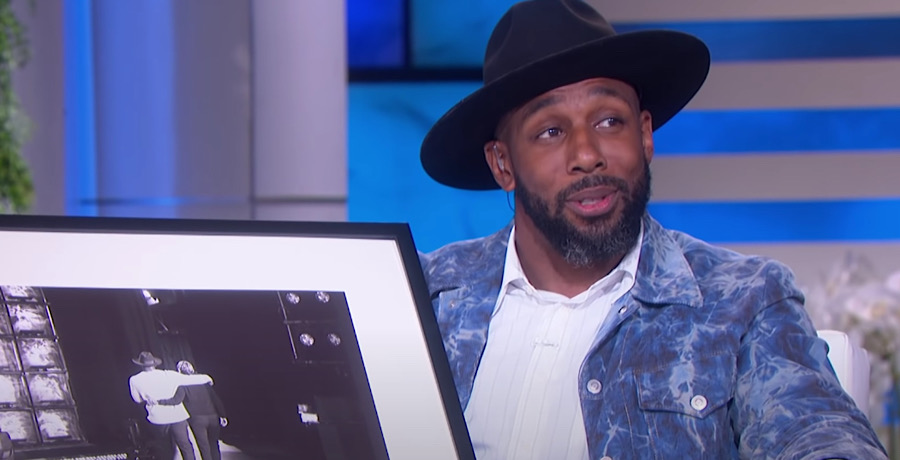 Former Ellen show DJ Stephen ‘tWitch’ Boss has passed away at the tender age of 40. The cause of death is a suicide, per TMZ. His career was so much more than just being her show’s DJ for eight years. Read on for more details and what is known so far.

Fans knew tWitch as the one who could get the party started for Ellen’s talk show, starting in 2014. He remained a staple on the series until 2022, per TMZ. More so, he even became an executive producer for the talk show two years prior to the show ending. Unfortunately, 2022 brought a lot of endings. That was when the highly successful talk show came to an end.

Unfortunately, so did tWitch’s life. Per the outlet, his wife, Allison Holker was the one who realized that something was amiss. She went to the police station and reported that her husband had left their house minus his car. Apparently, this was not something he was known to do so it raised a red flag. Around the same time, police were altered to a gunshot at a hotel in LA. Sadly, that was where tWitch was found, dead from a self-inflicted gunshot wound.

The last time he was really seen out was back in September but he seemed in good spirits. Despite being known for his DJing on the talk show, he had a very diverse career that spanned all genres. It is easy to forget that as he was such a presence behind the booth. Yet, many might remember where he got started.

Back To The Beginning

Prior to Ellen, tWitch was a respected dancer. He was a runner-up in the dancing competition, So You Think You Can Dance. The DJ showed off his dance moves in the Step Up films, which initially featured Channing Tatum. He went on to play Malik in the Tatum-helmed Magic Mike XXL. No word if he had filmed scenes for the third installment in the MM franchise.

As for his wife, Allison, whom he wed in 2013, she was also a presence on the dance scene. She also was on SYTYCD and then went on to be a pro dancer on DWTS. Her partners included Andy Grammer, Babyface, Riker Lynch, and Jonathan Bennett. She even came in second with Lynch which was a huge accomplishment. The couple had two children together and shared one child from Allison’s previous relationship.

This is extremely devastating and we respect the family’s privacy during this time. If you or someone you know is contemplating suicide, you are not alone. Please call or text 988 for help.