MCU’s Vision, played by Paul Bettany, will soon star in his very own WandaVision spinoff series. As per reports, Marvel Studios has opened up a writers’ room dedicated to this new spinoff that will solely star Vision as the central character without Wanda in it. So, when does this Vision-solo series premiere on Disney+? What will it be about? Keep reading to find out the details!

The details of the spinoff series were revealed by an insider Jeff Sneider who hosts The Hot Mic podcast. As per the podcast, Marvel Studios is working on this spinoff series titled Vision Quest. This is not to be confused with a 1985 wrestling movie of the same name by Matthew Modine. Jeff revealed, “I’m told that next week, Marvel will be opening a writers’ room for a Vision show titled Vision Quest.” 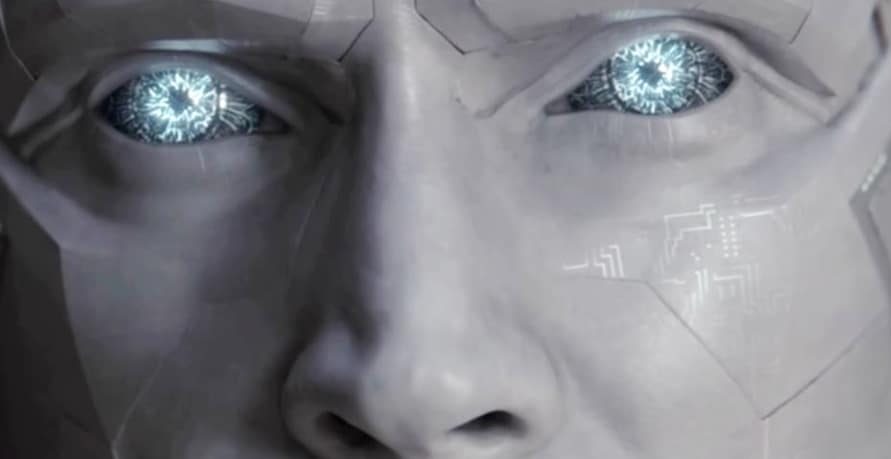 The podcast host further revealed that this detail comes from a reliable source that has been very accurate in the past. Not just that, Jeff also reported that Harrison Ford would be joining the Marvel Cinematic Universe portraying the character of Thaddeus ‘Thunderbolt’ Ross which adds credibility to his latest scoop about the spinoff series.

Furthermore, there is solid proof confirming this spinoff. Vision Quest is the title of a 1980s Marvel Comics that stars Vision with the story that plays out within the pages of West Coast Avengers. In this arc, Vision was dismantled as his artificial skin turned white. He also lost his ability to feel emotions after which he ultimately separated from the Scarlet Witch/Wanda Maximoff. MCU fans did see a part of this storyline in the Disney+ series, WandaVision. That said, it isn’t known if Marvel Studios will directly adapt the arc from the comic series or work on a story of its own.

As per CBR.com, Paul Bettany’s first MCU debut was in Iron Man (2008) as Tony Stark/Iron Man’s A.I. assistant voice. He subsequently starred as J.A.R.V.I.S. in Iron Man 2 in 2010. This was followed by The Avengers in 2012, Iron Man 3 in 2013, and Avengers: Age Of Ultron in 2015. In the Age of Ultron movie, Bettany was also cast in the role of a new superhero, Vision. He came into being after J.A.R.V.I.S.’s core software was uploaded into the ‘Vibranium’ body that was created by Ultron.

He later reprised his role as Vision in the 2016 movie Captain America: Civil War. This was followed by Avengers: Infinity War (2018). However, the synthetic hero’s story ended after he died at the hands of Thanos in the latter half of the 2018 movie.

Paul Bettany Reprises His Role As Vision In WandaVision

Bettany also starred as Vision in the Disney+ series WandaVision which premiered in 2021. While a grief-stricken Wanda Maximoff created a fake Vision in a morphed reality, the real remains of the superhero were being experimented on by S.W.O.R.D. This led to the creation of the White Vision.

WandaVision already has another spinoff currently in the works titled Agatha: Coven Of Chaos. The series will be a part of the fifth phase of the Marvel Cinematic Universe. It will premiere sometime in late 2023 or early 2024.

Are you looking forward to this Vision-solo spinoff series? Share your thoughts in the comments!