TLC viewers are constantly seeking updates after learning Breaking Amish and Return To Amish star “Mama Mary” Schmucker was diagnosed with colon cancer. As TvShowsAce has previously reported, she was slated to have surgery in April. A month after her scheduled surgery, she took to Instagram in May with an update on her health. Yesterday, “Mama Mary” Schmucker made a rare appearance on Instagram with another update on her cancer and her health. Fortunately, the update came with some great news.

What do Breaking Amish and Return To Amish fans know about “Mama Marry” Schumucker’s cancer? And, what did she have to say in her latest update? 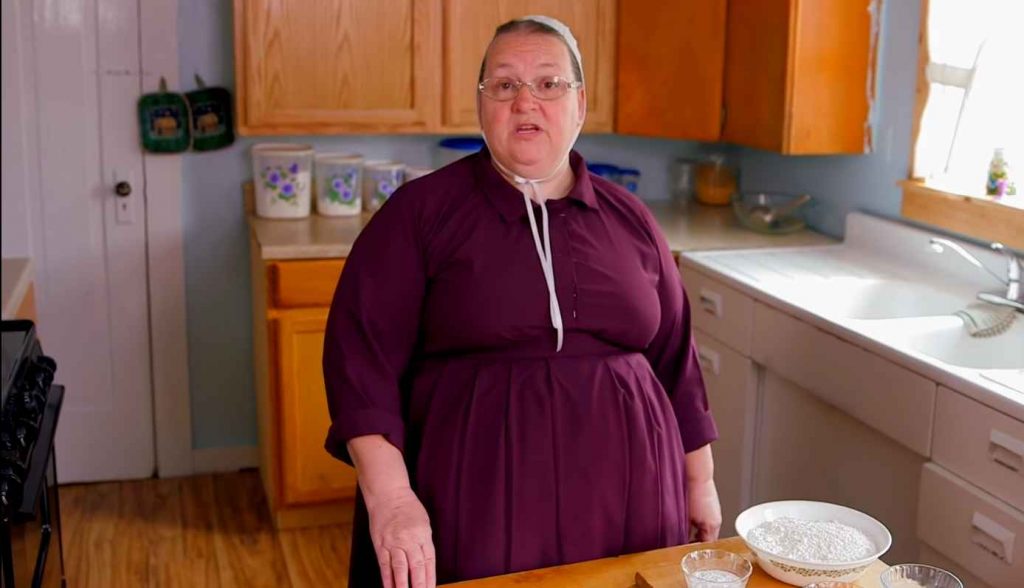 What fans know about her cancer

As those who follow her on Instagram know, “Mama Mary” Schumucker opened up about her colon cancer and her health in an 11-minute video. She explained: “I had colon cancer. They said they did take everything out. Then yesterday the doctor called and said it’s in my glands.”

The Breaking Amish star admitted to her followers she was afraid of chemo. She added later in the video: “I’m so afraid to just take anything, so I’ll let it take its course and see what happens.”

Mary Schmucker made a rare appearance on Instagram yesterday. She uploaded a video clip that was just under two minutes long. The video clip included a very brief update on her cancer and her health. Fortunately, it was promising news.

I could not take chemo. So, I had to do a different route for my cancer…which is good news because my tumor has shrunk forty percent and my level’s going down. So, I am just ecstatic.”

Unfortunately, the audio on the video cuts out after Mary beams about how happy she is with this latest update on her health. The audio cuts back in just in time for Mary to say she has to end the video to see what everyone is up to.

At the very beginning of the video, Mary did tell her followers she discovered a few of her cookbooks while she was unpacking. She explained that she hoped she could auction them off to fans so she could raise some money. Mary said in the video: “We found four cookbooks when I was unpacking and going through my things. We are going to auction them off — Jeremiah [Raber] and I.”

In response to her cancer and health update, Breaking Amish and Return to Amish fans admitted they were thrilled to see her looking so well. Some admitted they couldn’t wait for the chance to bid on one of her cookbooks.

Watch the video down below:

Are you happy to hear “Mama Mary” Schmucker is doing so well these days?

Why Do ‘Bringing Up Bates’ Fans Dislike Erin Paine?
Is Mykelti Padron’s Love For Robyn Brown Just A Ploy?
Why Is Robyn Brown Jobless With A Nanny, Is She Sick?
‘Black Adam’ Bombs At Box Office, Costing Warner Bros. Millions?
Todd & Julie Chrisley’s Ex DIL Compares Them To Bonnie & Clyde