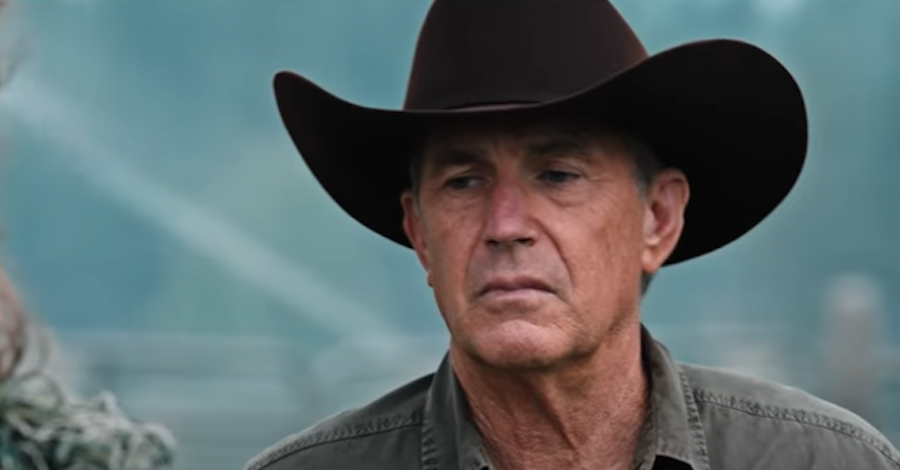 Kevin Costner’s Paramount series Yellowstone is already shattering records. Why does Paramount expect this to be the biggest season ever?

Here is all you need to know about the upcoming season of the Taylor Sheridan-created series.

Yellowstone Season 5 is a huge hit, and that is only based on the trailer! According to Deadline, the trailer has caused quite an impressive commotion.

They report that Paramount informed them that within the first 24 hours of when they dropped the video on September 29, they got 14.4 million views and 1.7 million engagements.

In comparison to Season 4, their biggest season to date, this was “three times as many organic views and is times more organic engagements versus the trailer for Season 4.”

Next, there is social media. The series about the Dutton family that controls the largest contiguous cattle ranch in the United States got a lot of mentions. There were four times what they got after the Season 4 trailer was released, which is over 30,000 mentions.

When they released the teaser trailer at the MTV Awards, this was shared over 190,000 times on social media. Even Facebook and TikTok ranked it at the top, with second and first most watched television-related videos.

One of the reasons that the Yellowstone trailer is a huge hit is that John Dutton (Costner) is now the Governor of Montana. However, not everything has changed. Whether ranch owner or governor, he has always had enemies.

Therefore, he has fired his staff and put his daughter Beth (Kelly Reilly) in charge. The trailer also reveals that Beth and Jamie (Wes Bentley) are in sync with each other, and with John. He warns his adoptive sister, “They will fight dirty.”

Leading the pack of adversaries is Caroline Warner (Jacki Weaver). But, according to the trailer, it isn’t John she is after. It is Beth!

Power has a price. The official #YellowstoneTV season 5 trailer is HERE! See you on Sunday November 13. Don't miss the special two-hour premiere event, only on @ParamountNet. pic.twitter.com/HLLNcCdDmn

How To Watch Yellowstone Seasons 1-4

How can you watch the first four seasons of Yellowstone? They are currently available on Peacock Premium. In addition, you can buy the series on Amazon, iTunes, and Vudu.

Lastly, keep an eye out for Paramount’s social media. They will likely have one more marathon of Seasons 1-4 before the premiere date.

When Does Yellowstone Season 5 Premiere?

Yellowstone Season 5 premieres on Sunday, November 13, at 8 p.m., Eastern, on Paramount. Make extra popcorn, because this will be a supersized, two-episode premiere night.

Moreover, this entire season is supersized, with 14 total episodes. However, they are dividing the season into two equal halves. That means more opportunities for drama, with two opening episodes and two potential cliffhanger finale episodes.

Yellowstone fans, have you seen the trailer? What are you most looking forward to seeing in Season 5?