It seems like Teen Mom star Leah Messer is ready to take the next step in her relationship with fiancé Jaylan Mobley. Leah started dating Jaylan in August 2021 and confirmed the relationship a month later. The couple met through a project Jaylan did with ESPN. Recently rumors have been swirling around that the newly engaged couple is expecting. Yet, is it true? Looks like the MTV star might have dropped a major hint amid pregnancy speculations.

Keep reading to find out what this clue is!

On Monday, the 30-year-old took to her Instagram Stories to share some pictures of her and Jaylan. She cracked a joke about their future plans that involves a baby with her fiancé and not just one. In the picture, Jaylan looked at the mother of three smiling at her lovingly. Similarly, she looked back at him smiling from ear to ear.

A fan re-shared the post on Reddit, where other users weighed in adding fuel to the speculations.

“I’m only six weeks pregnant with my first and I can’t f**king believe women willingly do this s**t that many times,” wrote another.

A third fan commented, “Barf keep it to urselves.”

“God please no. Quit looking at her Jaylan!” wrote the fourth fan.

Meanwhile, several fans think that Leah might already be pregnant and might be hinting at a baby with Jaylan.

After a picture of Leah surfaced with her wearing a form-fitting orange dress alongside her fiancé, many speculate that the TV star is hiding a baby bump under the gown. She also shared several pictures and videos from Jaylan’s birthday on Instagram with the caption, “Happy birthday I love you!”

As per The Sun, Leah is a mother to twins Aleeah and Aliannah (12) along with another daughter Adalynn (9) from two different relationships. Moreover, the latest teaser for Teen Mom: The Next Chapter also hinted that a baby might be coming soon for the couple. An Instagram account dedicated to the series posted a snippet of the MTV star’s news storyline.

The caption read, “Leah and her boyfriend Jaylan move in together, get engaged and consider having a baby.” 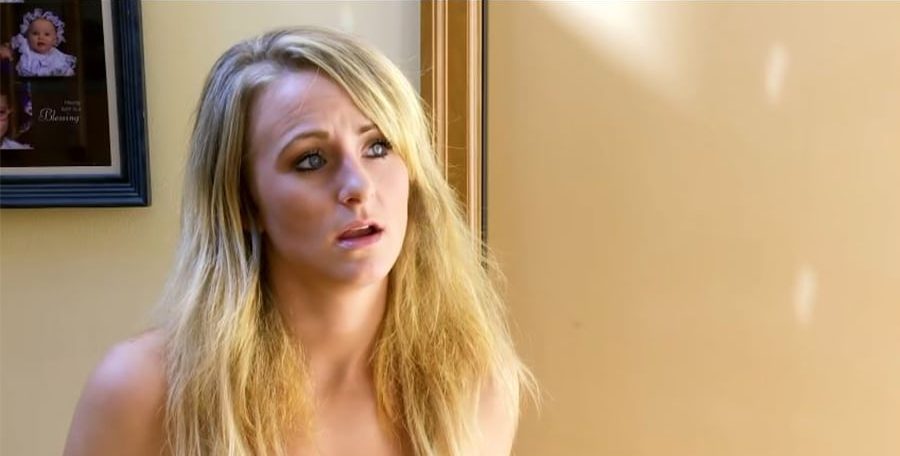 A fan chimed in the comments, “I really do hope they have a baby. I’m sure Jaylan would love a kid of his own blood even though we all know he loves the girls which is one of the many things that make him amazing.”

Lastly, fans think Leah might already be pregnant as the reality star recently covered up her stomach wearing a baggy top.

Do you think Leah is planning a baby with her fiancé? Finally, did you watch the premiere of Teen Mom: The Next Chapter? Share your thoughts in the comments!