The Bringing Up Bates family continues to grow! John and Alyssa Webster are adding a fifth member to their family. They already have four daughters, Allie, Lexi, Zoey, and Maci. Keep reading to get all of the details they have spilled so far.

On Tuesday, John and Alyssa hopped on social media to share their big news with fans. They posted an announcement on Instagram and gave fans more details in a YouTube video. 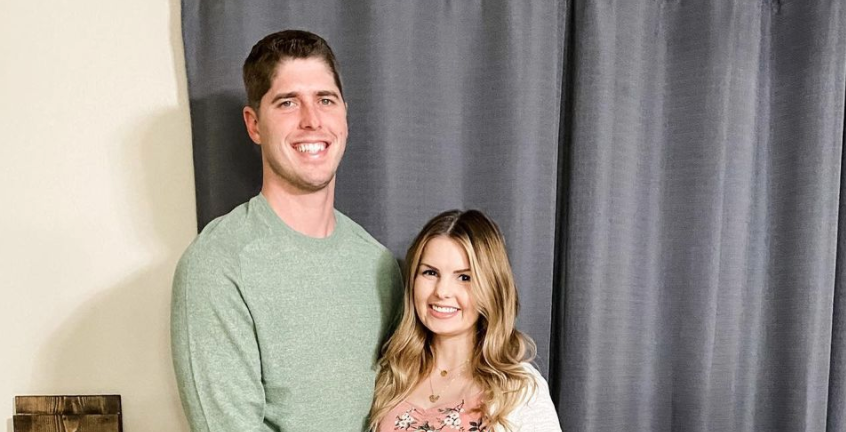 On Instagram, Alyssa and John shared a movie-themed announcement. Their family of six is sitting outside on pillows and blankets. An old-fashioned popcorn maker is set up in the grass, and a sheet is hanging from a tree. The sheet reads, “Grand Finale coming 2023.” The kids are holding up containers of popcorn, while Alyssa shows off a sonogram photo.

You can check out Bringing Up Bates stars John and Alyssa’s pregnancy announcement photo here.

In their YouTube video, they spilled the news to Bringing Up Bates fans. Alyssa said that she’s been very sick, so that’s why she didn’t post a video last week. She says they have been doing the “bare minimum.” She’s been spending a lot of time in bed and throwing up, so John has taken on even more responsibilities.

Previously, John and Alyssa felt that Maci would be their last child, but in their YouTube video, Alyssa confirmed that this baby is actually their last. She said that each pregnancy gets harder on her body.

Their YouTube video also includes clips of them telling each of their kids that they are getting another sibling. Below, you can see John and Alyssa with Allie.

At this point, John and Alyssa don’t know the gender. But they will likely share more details with fans very soon.

Who else is pregnant right now?

A couple of other Bringing Up Bates family members are also pregnant at the moment. Nathan and Esther Bates will be welcoming their first baby, a daughter named Kenna Joy, to the world in October. Katie Bates and Travis Clark’s first child will arrive in March.

Fans think that other members of the family might be pregnant right now too, but no one else has made an announcement.

So, are you surprised to hear that John and Alyssa Webster are adding a new little one to their family? Do you think they will have a baby boy or a baby girl this time? Sound off in the comments section below, and come back to TV Shows Ace for more Bringing Up Bates news. You can watch their new YouTube video here or down below.