It’s been almost a month since Kim Kardashian and Pete Davidson broke up. However, it seems like fans haven’t gotten over the sudden breakup. A video of a Kardashian fan recently surfaced on TikTok that has everyone rolling on the floor laughing. What was so funny about this video?

Keep reading to find out more!

Kim Kardashian Fan Wishes For Her To Get Back With Pete

This hysterical video was uploaded by the TikTok user @delaneydirker right after she got her wisdom teeth removed. Heavily drugged up from the medicines, the fan had a big meltdown over Kim Kardashian and Pete Davidson’s breakup.

Sitting inside her car with her mom, she took to TikTok to showcase her emotions about the big breakup. She captioned the video, “Me immediately after getting my wisdom teeth out.”

With tears in her eyes, a runny nose, and her expressions adding to the hysterical breakdown, she said, “I can’t believe Kim and Pete broke up.”

Bawling her eyes out, Delaney replies, “I don’t want her to get back with Kanye!”

“He’s not nice to her!” she says as she continues crying.

Trying not to laugh at this amusing moment, her mom adds, “Yeah-it’s- I gotta pay for this here-“as she pays for a smoothie at a drive-through restaurant.

“You should stay with Pete!” she concluded.

Reddit Users Agree That The Fan Isn’t Wrong About Pete

Additionally, the video was reshared on Reddit, and a few users chimed in the comments section.

One user commented, “Lol What drugs are people being given in America when they go to the dentist? I had my wisdom teeth pulled earlier this year and was told to just lie in bed with a bag of frozen peas on my face for a day.”

“omg, I never saw the whole video. I hope Kim saw it lol,” wrote another. 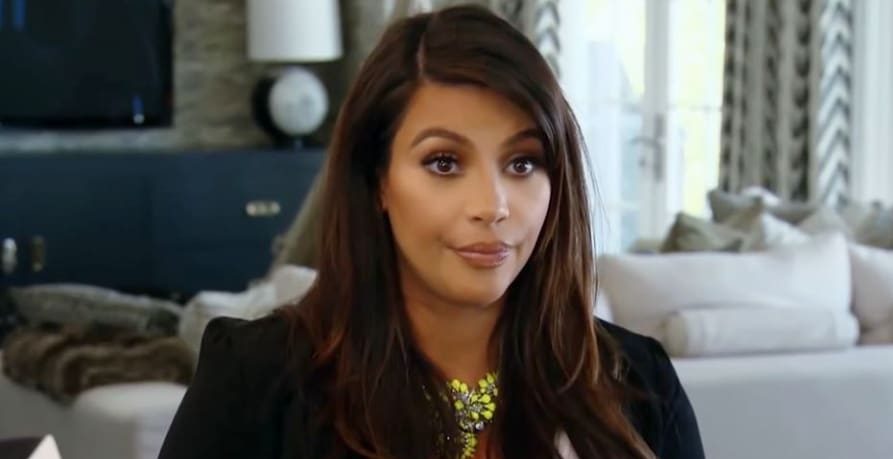 Similarly, a fourth fan agreed, “Hahahahahaha. This is great. She’s not wrong at all, too.”

Kim and Pete broke up after the SNL star decided to propose to her. More so, the real reason for the former couple’s breakup isn’t out yet. However, as per sources, the proposal wasn’t something the reality star was expecting nine months into the relationship.

Although it might seem like it was Pete’s idea to propose, TV Shows Ace previously reported that it was actually Kris Jenner who forced him to do that, as revealed by sources close to the family.

What do you think of this hilarious fan video? Finally, do you think Kim and Pete should get back together? Share your thoughts in the comments!

What Does Gabby Petito’s Family Say About Lifetime Movie?
Cheryl Burke Feels ‘Lucky’ After Being In The Bottom This Week
Pumpkin Is Back With Another Elaborate Body Piece
‘The Voice’ Contestant Forced To Cancel Wedding After Hurricane Ian
‘American Pickers’ Frank Fritz Unable To Work Again?