Duggar and Bates fans are wondering which kids from each family could end up courting each other. The two families are very close to each other and their kids grew up together. But so far, we haven’t seen them in relationships with each other.

Because the families have known each other for so long, it would make sense if a Counting On star courted and married a Bringing Up Bates star.

For years, fans thought that Jana Duggar would end up with Lawson Bates. Now, Lawson is married to Tiffany Espensen and Jana is still single. So, that’s no longer a possibility. But each family has 19 kids, so there are plenty more potential pairings. 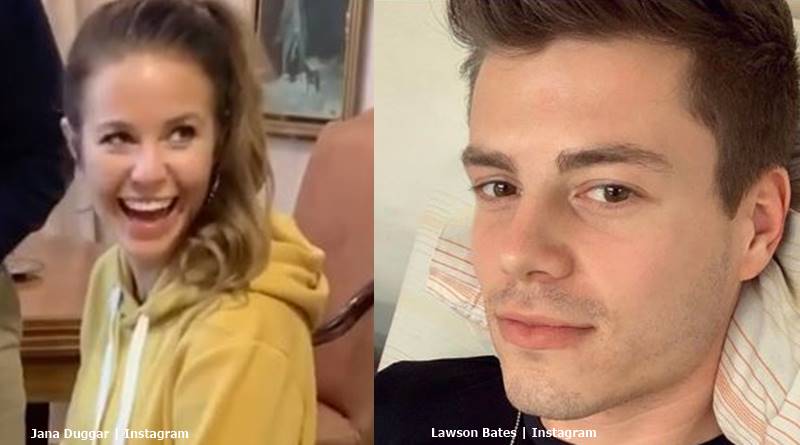 Fans think this couple would be ‘sweet.’

In a new post on the Duggar Bates Confessions Instagram page, a fan shared their thoughts about a potential couple. They wrote, “Jackson Duggar and Addallee Bates would make a really sweet couple.”

Below, you can see pictures of Jackson and Addallee. Jackson is 18 years old and Addallee is 16 years old. So, they’re pretty close in age.

In the comments section of the post, fans are talking about this possibility. One fan says they agree, while another adds, “I’ll be p*ssed if a Duggar doesn’t end up marrying a Bates.”

As of right now, Jackson and Addallee aren’t officially courting. Their families haven’t made any announcements and they haven’t been spotted together. But they are at the right ages to enter courtships or begin talking.

Which other Duggar and Bates kids are unmarried?

Note that some members of both families have been pretty quiet lately. So, it’s possible that there are already courtships that haven’t gone public yet.

These are the Bates kids that are not currently in courtships or married:

So, there are several potential matches based on their ages. It’s also possible that one of Jim Bob and Michelle’s 24 grandchildren will court one of Gil and Kelly’s 21 grandkids. But it will be a while until that even has a chance of happening, so fans will have to stay tuned.

So, are you surprised there hasn’t been a Duggar Bates courtship yet? Do you think Jackson and Addallee might end up together? Sound off in the comments section below, and come back to TV Shows Ace for more news about both families.