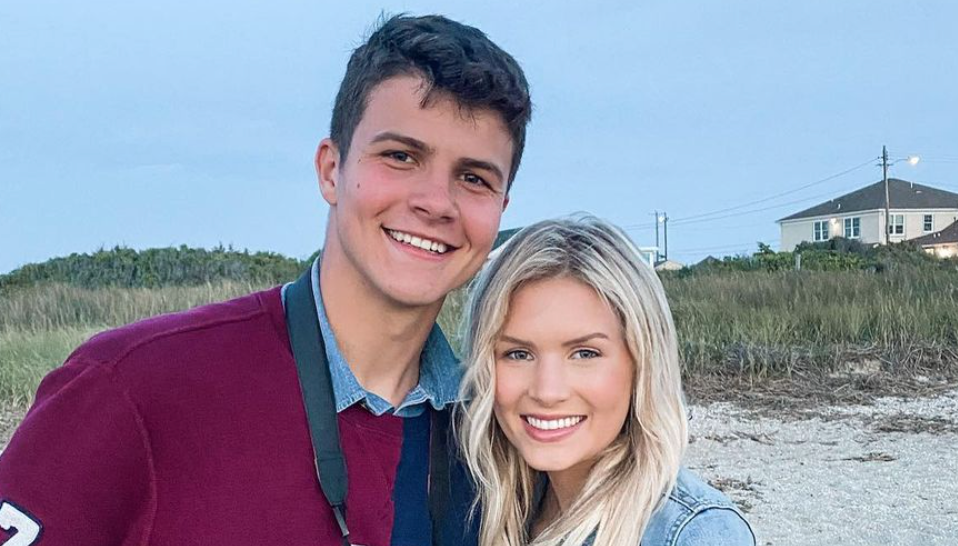 Bringing Up Bates star Katie Bates and her husband Travis Clark shared some massive news with fans on Instagram this weekend: They are pregnant with baby #1.

This Bates pregnancy announcement came complete with Katie and Travis snuggled up close on a blanket in a field of greenery. The young couple and their foreheads pressed against each other as they both held one corner of the strip of ultrasound pictures for the camera to see.

When did Travis and Katie Bates get married?

One big question fans ask when families like the Duggars or the Bates announce a pregnancy is really quite simple: How long were Katie Bates and Travis Clark married before getting pregnant?

Per a US Weekly exclusive, it was in December of last year that Katie and Travis Clark officially got married. So, it doesn’t seem like the couple wasted much time getting pregnant after tying the knot!

As those who follow the former reality TV family know, the news of Katie Bates and Travis Clark’s pregnancy follows on the heels of other baby’s news. Just 24 hours ago, the family revealed that Tori and Bobby Smith welcomed baby #4 into the world.

Are you surprised this pregnancy news came so soon after the birth of Tori and Bobby Smith’s baby? Do you think Katie and Travis will have a boy or a girl? Let us know your thoughts in the comments. And, keep coming back for more  Bringing Up Bates news.