7 Little Johnstons star Anna Johnston documented the end of July and shared a series of photos with fans. As she prepared to kick off the month of August, she looked back on all of the best moments from July. Keep reading to get all of the details and see all that Anna did last month.

August is a big month for 7 Little Johnstons fans with the Season 12 premiere coming up. The Johnstons return to TLC on Tuesday, August 16, so you won’t have to wait long to catch up with them.

In the meantime, scroll down to take a look at Anna Johnston’s summertime fun. 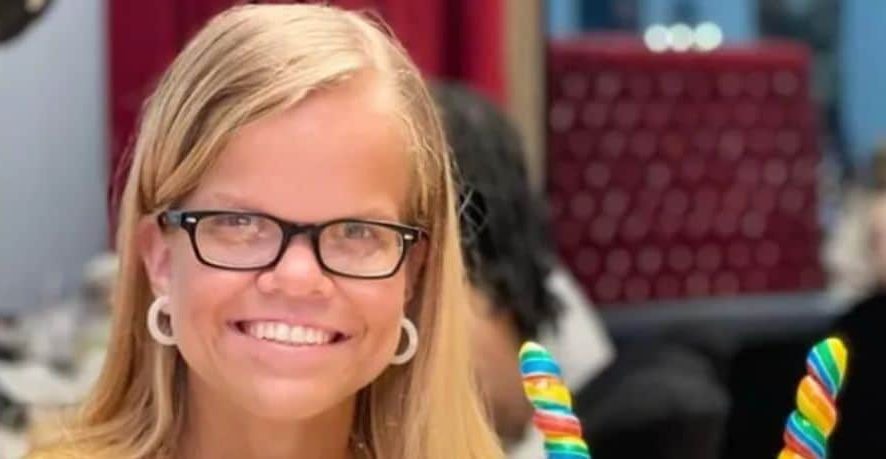 In a new Instagram post this week, Anna Johnston looked back on the month of July. She simply captioned the post “July.” Then, she added a hashtag #LetsGoAugust. She seemed eager to kick off the new month and to see what’s to come.

As we reported, Anna flaunted her fit body in a blue bathing suit. In the photo, she’s standing by the pool in a blue tie-dyed one-piece bathing suit with side cutouts to show a little bit of skin.

She used that picture as the first one in her July recap. You can see the photo below.

Also in her post, she included a few more photos and videos from the past month. A couple of the photos feature her family members and friends. In one snap, she does a handstand. And in the photo, she is wearing a microphone, so it looks like this was taken amid filming 7 Little Johnstons.

The final photo in the series is one of Anna Johnston with her rumored boyfriend. She hung out with this guy, Christopher, at the Little People of America conference in July. And it looks like this was one of her better moments last month because she made sure to include it in her roundup. This photo fuels rumors that he’s more than just her friend.

You can check out all of the photos and a video, too, in Anna’s Instagram post right here. 7 Little Johnstons fans are excited to see what Anna has planned for the month of August. Hopefully, she will bring fans along this month, too!

So, what do you think of Anna Johnston’s July recap? Do you love all of the photos she shared with fans? Sound off in the comments section below. And don’t miss the 7 Little Johnstons Season 12 premiere on Tuesday, August 16 on TLC.