Bringing Up Bates star Evan Stewart revealed to fans this week that his wife, Carlin Bates, suffered a head injury. This news comes amid her ongoing health struggles. Keep reading to get the full update on Carlin’s health and find out what happened.

Carlin Bates keeps fans up to date on her health issues.

Shortly after Carlin and Evan welcomed their second baby, Zade, she began having seizure-like episodes and passing out. This began a couple of months ago and is still ongoing.

As a result, Evan Stewart’s wife has been to the emergency room multiple times and talked with many doctors. She’s had several tests, including wearing a heart monitor and an EEG. While she was wearing the heart monitor, she was supposed to continue living her life so the doctors could identify what was triggering the episodes.

So far, she still doesn’t have a diagnosis. They are also still awaiting the results of the heart test and EEG. In the meantime, she’s on seizure medication. Though it helps in some ways, it doesn’t seem to be preventing all of the episodes. 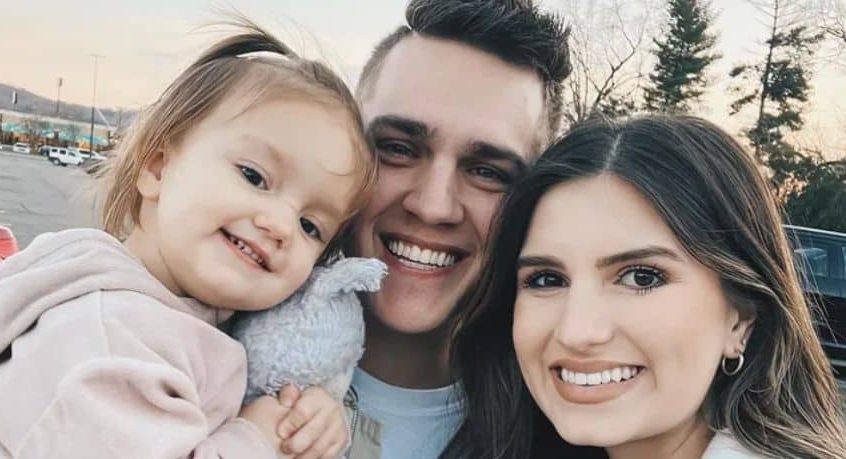 Evan Stewart reveals his wife has had a head injury.

Now, amid her other health concerns, Carlin is also dealing with a head injury.

As we reported earlier this week, Evan hopped on Carlin’s Instagram stories to give fans an update. He revealed that they were helping out at their church’s vacation bible school on Monday evening.

While they were there, Carlin had a “very bad seizure” and “hit her head really hard on the ground.”

On Carlin’s Instagram stories on Monday evening, Evan Stewart explained, “Her doctor is saying it looks like she has a concussion. He doesn’t think it’s anything worse than that, but he does want me checking her vitals, like every hour throughout the night, so, Lord willing it’s nothing worse than a concussion.”

After revealing these details, Evan said that his wife was “out of it.”

So far, Carlin and Evan haven’t shared many more updates about her recent fall. It sounds like they are in communication with her doctor, though, so they may be following his guidance.

Hopefully, Carlin and Evan will soon get some solid answers about her health issues. They are heading to a follow-up appointment sometime this week.

For more news about Evan Stewart, Carlin Bates, and the rest of the family, come back to TV Shows Ace.