Stranger Things 4 had its first volume released on May 27, 2022, where fans could see the show makers hinting toward Will Byers being gay. However, after Stranger Things 4 Volume 2 dropped on Netflix, it is clearer than the day Will had feelings for his best friend, Mike Wheeler.

Be it his passionate speech to Mike or the way he broke down in tears after, cleared it for the fans that the story is leaning toward Will being gay. However, actor Noah Schnapp, who portrays the character in Stranger Things, spoke about these speculations and ensured there isn’t any misinterpretation.

In a conversation with Variety, Schnapp confirmed that the show did start hinting toward Will’s sexuality from the very first season itself. His feelings towards Mike were also visible but not just as clear as it is in Season 4. Even though the show hasn’t confirmed the character’s sexuality outright, Schnapp did jump in to set the record straight.

“Obviously, it was hinted at in Season 1. It was always kind of there, but you never really knew. Is it just him growing up slower than his friends? Now that he’s gotten older, they made it a very real, obvious thing,” explained Schnapp.

“Now it’s 100% clear that he is gay, and he does love Mike. But before, it was a slow arc. I think it is done so beautifully because it’s so easy to make a character just like all of a sudden be gay,” he added.

He further explained how the viewers related to the character: “People have come up to me- I was just in Paris and this, like, a 40-year-old man came up to me, and he was like, ‘Wow, this Will character made me feel so good. And I related to it so much. That is exactly who I was when I was a kid. That just made me so happy to hear.”

Admiring the show makers in the way they spun the character’s sexuality slowly into the series, he said, “They are writing this real character and this real journey and real struggle, and they’re doing it so well.”

Shoq makers Ross and Matt Duffer have always had Will’s sexuality in mind. However, they didn’t really talk to Schnapp about it until recently. Now, Schnapp can glance at the previous seasons and notice the signs he initially missed. 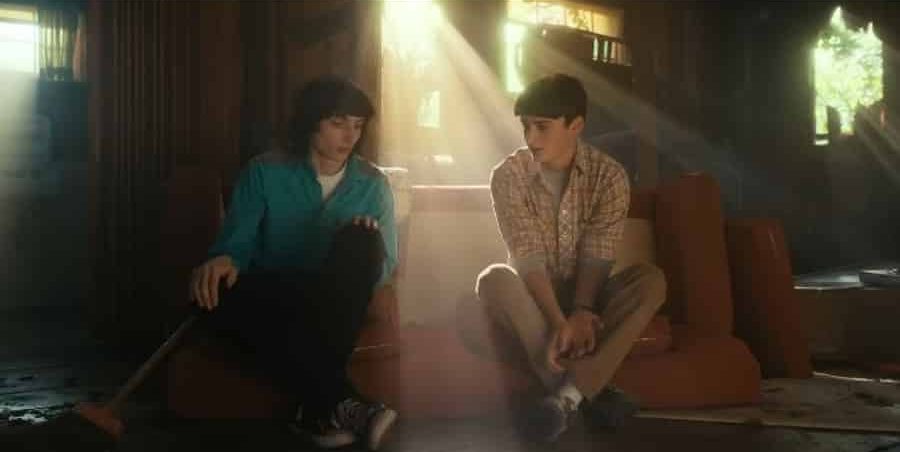 “Years ago in Season 1, I didn’t know where the Duffers wanted to go with this character,” he mentioned.

“So I was kind of figuring it out along with the audience. But now that I’ve spoken to them and seen the show, I know what they want to do with it. They obviously don’t tell me anything, either. I’m always spoiling stuff, so they will never share anything with me. So, it’s a lot of figuring it out on my own. And kind of realizing later on, like, ‘Oh, this makes sense, and this was intentional,” Schnapp explained.

Seems like Schnapp is surely a tattletale, and the makers know this! Given his tendency to overshare, the actor recently had a bad blood situation with singer Doja Cat due to the DM controversy. The latter even called him a ‘snake’ for leaking her messages on social media. However, things have now cooled off after the actor apologized.

Do you love Will Byers’ character in Stranger Things? Did you spot hints about his sexuality from Season 1? Let us know your thoughts in the comments! And while you are at it, do not forget to check out this article on 6 Netflix picks that could take Stranger Things’ place once the show comes to an end.