It has been years since Tyga and Kylie officially broke their relationship for good. Yet, it seems that the American rapper hasn’t yet moved on. A shocking and weird music video by the rapper has left fans appalled as he mocked the members of the Kardashian family. In a partnership with YG, the 32-year-old dressed up as the Kardashians and shared the bizarre footage on TikTok.

Tyga And YG Mimic The Kardashians For New Music Video

In the clip, Tyga and rapper YG rode a Ferrari convertible around LA. However, their outfits were what shocked the fans. While Tyga dressed up as Kim Kardashian, YG donned an outfit similar to Khloe. The Grammy Awards nominee had a brunette wig on along with wrap-around sunglasses. 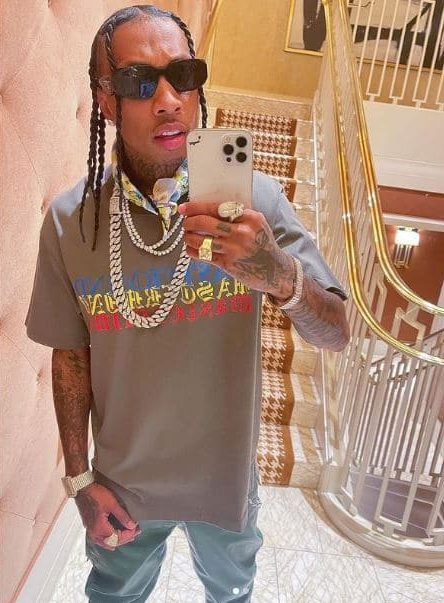 On the other hand, YG had a blonde wig similar to Khloe Kardashian’s hair color. The duo looked at the camera and shouted ‘Calabasas Forever!’ in reference to the LA district where the Kardashians reside. Further in the clip, Tyga looked at himself in the car’s rear view mirror as YG danced & mouthed the words from the track.

As per The Sun, this clip was released right before the Friday release of their song Run.

However, Kylie fans didn’t take this mockery well from her ex and slammed the rapper via comments. One user mentioned that it was a weird behavior on the rapper’s part. Another inquired why they are so obsessed with the Kardashians. He also stated that these grown men should opt for another gig and refrain from this form of mockery.

Kylie Jenner and Tyga kindled their relationship when the socialite celebrated her 17th birthday at a grand party in 2014. At the time, the rapper was still with Blac Chyna. Soon after, Tyga split with his fiancée and only months later confirmed his relationship with Kylie via an IG post.

After the reality star turned 18, the couple became entirely public about their romance before parting ways in 2017. Their relationship had been nothing less than a rollercoaster ride, with the couple getting back together and breaking up every now and then.

Shortly after Kylie broke up with Tyga, she started dating American rapper Travis Scott. The couple welcomed their first daughter Stormi in 2018 and a son in February 2022, whose name is currently unknown.

Is Tyga Still Hooked On Kylie?

However, it seems that Tyga hasn’t yet moved on from his relationship with the model/influencer. As claimed by model Brooke Schofield, Tyga had invited Kylie to his house earlier this year. The rapper had also liked Stormi’s TikTok videos, as per claims.

It seems like Tyga loves to dress up. Back in 2016, the former couple dressed up as Skeletons and hosted a dead dinner for friends and family. Back in 2014, when they were just friends, they dressed up as Chucky and his bride for Halloween.