Joy-Anna and Austin Forsyth’s dating timeline has been brought to light recently, and now, fans have questions. They think the dates mentioned by the couple don’t make sense, based on the information that was made public. So, what’s going on, and what prompted all of these questions?

As of last month, Joy-Anna and Austin have been married for five years. They share two kids, Gideon, 4, and Evelyn, almost 2. Rumors are swirling that baby number three is on the way, but this hasn’t been confirmed by the family.

As Joy-Anna and Austin Forsyth celebrated their anniversary, they revealed a detail that caught fans’ attention. Keep reading to get more information.

On May 26, Joy-Anna took to social media to share a special video featuring many of the highlights of her relationship with Austin. In her caption, she wrote, “Happy Anniversary, Austin! 7 years dating, 5 years married! Best years of my life. I love you!❤️”

You can watch the full video on her Instagram page here.

In the comments section of Joy-Anna’s post, fans are curious about the dating timeline she mentioned. 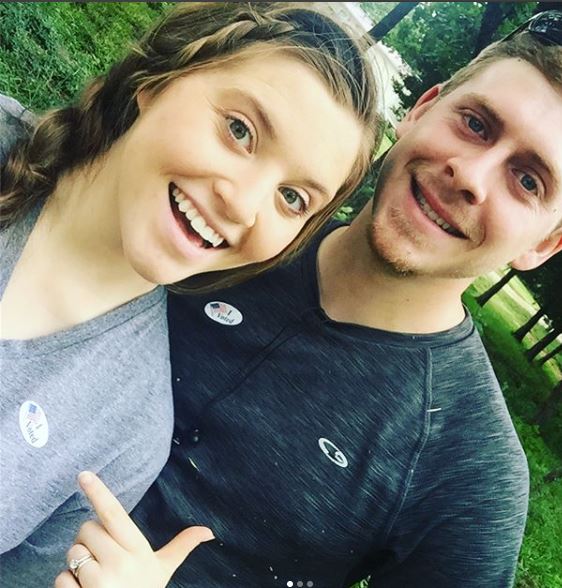 Duggar fans are confused about their dating timeline.

However, Joy-Anna’s post states that they dated for about two years before getting married. Fans only knew about the courtship seven months prior to their wedding date.

One fan commented, “I didn’t know any courted for that long. I thought it was very quick dating and engagements then weddings all within a year or less.”

Another fan points out that they were dating for about a year before going public with their courtship.

The conversation continued weeks later. In a new post on the Duggar Bates Confessions Instagram page, one fan anonymously submitted a confession about Joy-Anna and Austin Forsyth. They mentioned the post about the couple’s dating and wedding anniversaries.

Another fan chimed into the conversation, speculating, “Isn’t it from the day they started a friendship/courtship til the day they were married?”

Others think the short courtship and engagement might have been a made-up storyline for the show.

At this point, Joy-Anna and Austin Forsyth haven’t offered any additional information. So, fans are guessing that they dated or courted for a while before officially announcing it.

So, does Joy-Anna and Austin Forsyth’s dating timeline confuse you, too? Why do you think the couple might have waited to announce their courtship? Share your thoughts in the comments section below. And come back to TV Shows Ace for more Duggar family news. Below, you can watch a clip from Joy-Anna and Austin’s engagement.