Although things didn’t turn out right for Scott Disick and Kourtney Kardashian, the reality TV star sure deserves the ‘Best Dad’ award. The socialite recently gathered praises from Kardashian fans after his daughter shared a special video on Father’s Day. 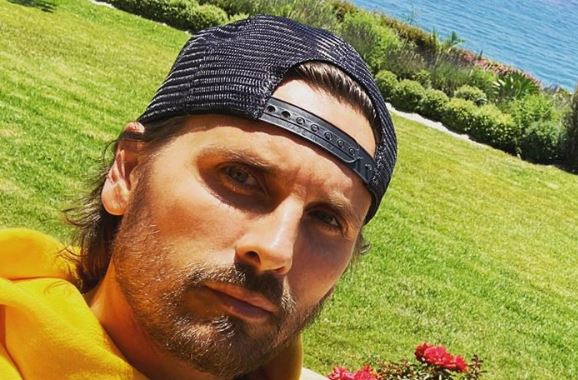 Penelope Scotland Disick, the 2nd child of Kourtney Kardashian and ex-Scott Disick, shared a rare and adorable video on TikTok. The video showed Penelope dancing with her father. She wore an oversized white T-shirt. The T-shirt looked adorable with a picture of love-struck Minnie and Mickey Mouse cuddling.

As the video started, the 9-year-old looked at the camera with a smile. She lip-synced to audio from the popular Disney movie Finding Nemo as her dad showed some moves at the back. The young diva mouthed the words “Hi, I’m Dory!” and spun her arms & started dancing to the tunes.

Scott stood right next to her daughter, wearing a black hoodie with a matching cap as the video commenced. As per The Sun, the Talentless owner timed the movement of his arms with her daughter as he shuffled his feet on the floor.

Kardashian fans praised the 39-year-old in a Reddit thread. The video was dubbed sweet and adorable by the Reddit users. One mentioned that the video is too cute, and Scott’s new dad mode was lovable. The Redditor also declared that this was the best version of Scott.

A fourth Reddit user commented on Scott and Kourtney Kardashian’s relationship. They wished the couple could have been able to work things out for their little ones. They also added that the daughter clearly loves her dad.

Apart from Penelope, Scott also shares sons Reign, 7, and Mason, 12, with his ex Kourtney Kardashian. Fans also gushed at another fan thread with multiple resurfaced pictures of Scott with his son Mason. Although the fans love Scott’s parenting skills, they show displeasure at ex-Kourtney and husband Travis Barker’s inappropriate behavior.

Kourtney Kardashian and Travis Barker got hitched in May in a ravishing Italian ceremony. Weeks later, the drummer shared an inappropriate picture of his wife’s personalized undergarments. The panties had the musician’s first name embedded in the clothing item in cursive.

Do you think Scott is a good dad? Share your thoughts in the comments below.