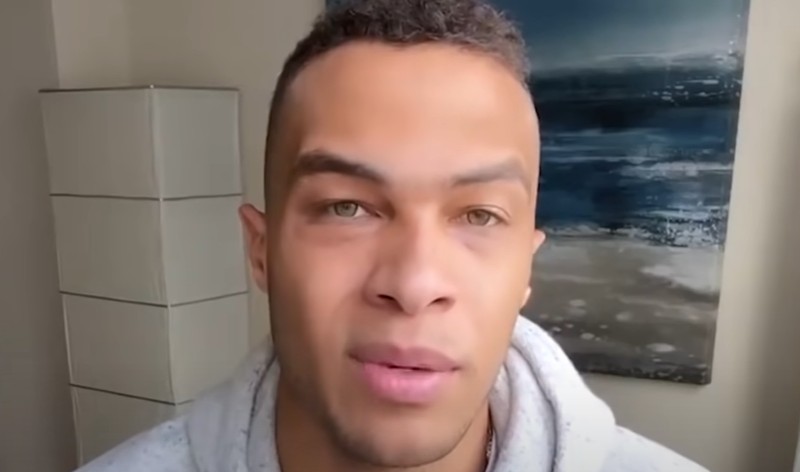 Dale Moss found love with Clare Crawley on The Bachelorette. Unfortunately, the two didn’t work out after trying their relationship twice. It seemed they had both moved on but now a photo Dale shared is drawing speculation from fans. Many believed for a few reasons that it was Clare with Dale. Why do they think this and who is it for real?

So, was it Clare? The answer is no. News actually broke following this Instagram story shared by Dale that he is dating someone and it’s definitely not his ex from The Bachelorette.

US Weekly shared that it seems Dale is officially dating home renovator Galey Alix. She moved to Fort Lauderdale in 2020 after recovering from an eating disorder.

At the time she said, “I felt like my world had been rocked. I picked myself up, not just by going to therapy but also because I was surrounded by a village of people who kept telling me, ‘This will all make sense someday.’ That’s when I realized I had to give my pain a purpose.”

Zachary Reality has gone to Instagram to share a recent photo of Dale and Galey together. There have reportedly been similar posts from the same places going up at nearly the same time.

So far neither Dale nor Galey have commented on their relationship. However, if Dale is sharing little clues such as holding hands for date night, perhaps the official announcement is coming.

Clare has also not commented on the fact that fans were thinking she was back with Dale. She also hasn’t commented on his new love interest.

Will Dale and Galey have what it takes to make their relationship work out longer than his and Clare’s? Time will tell.

In the meantime, Dale has been keeping busy with work including being featured in a movie. Of course, many still speculate and believe finding more fame was one reason he appeared on The Bachelorette to begin with.

What do you think about Dale and his rumored new woman? Are you surprised?