Former TLC star Michelle Duggar is talking big about her son, Josh. But what she said might not actually be what happened, Duggar fans think. Keep reading to get all of the details and see what she’s talking about.

In a newly resurfaced TLC clip, Michelle Duggar is asked about cutting the financial cord with her son, Josh. This episode aired on TLC shortly after Josh married Anna Keller. 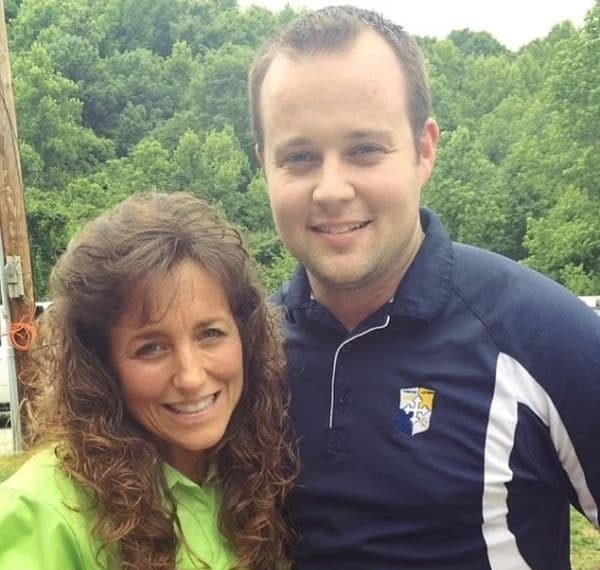 She said, “When Josh said ‘I do,’ that meant the cords are cut and it is leave and cleave, buddy. You’re your own man.”

She said that he’s “ready to be his own man and his own family.”

From this clip, it sounds like Michelle truly cuts her kids off after marriage. But is that really what happens, especially with Josh?

What really ended up happening with Josh Duggar, though?

On Reddit, Duggar snarkers are talking about the clip and how it actually isn’t very accurate. They noticed that Jim Bob and Michelle Duggar often help their kids out financially, even after they are married. Josh and Anna have been living on his parents’ property in a “warehouse” building.

Now, Josh has been charged with and sentenced for his child pornography crimes. However, after he and Anna tied the knot, it looks like they still got quite a bit of help from his parents. And the same appears to be true with his siblings. In the past, Jim Bob and Michelle Duggar have gifted their children houses.

Many members of the family are also into real estate, and fans suspect Jim Bob helps them get their start.

On Reddit, one fan says, “Leave and cleave! ….but also, run this business that we bought you because you don’t have the skills to work anywhere else.”

Someone else shares, “Leave and cleave the big house and move to the warehouse in the back yard buddy 😉”

Yet another snarker chimes in, “They cut ties to move into houses that (checks notes) daddy gives them. Gotcha. That’s not standing on your own two feet and supporting yourself as an adult.”

You can watch the clip here and read more of the fans’ comments on the situation.

So, do you think it’s interesting that Michelle Duggar preached about “leave and cleave,” but things turned out much differently for Josh? Do you remember watching this scene on TLC? Share your thoughts in the comments section below. And come back to TV Shows Ace for more news about the Duggar family.