The Kardashians on Hulu is in full swing. However, some have noticed that it seems they skipped something crucial. It looks like they found a way to cover up the Astroworld tragedy.

What happened at Astroworld?

Astroworld, a concert by Travis Scott, ended in tragedy last year when multiple people died during the show when a stampede occurred. During these shows, Travis usually encourages everyone to get crazy and mosh, so many think he holds a lot of responsibility for the event.

“Travis and I are broken and devastated,” Kylie Jenner writes on her Instagram story on Nov. 6, 2021. “My thoughts and prayers are with all who lost their lives, were injured or affected in anyway [sic] by yesterday’s events. And also for Travis who I know cares deeply for his fans and the Houston community.”

Everyone has been waiting for the event to be documented on The Kardashians. However, there has been nothing so far. Some fans started digging and realized that they may have conveniently covered up the tragedy. 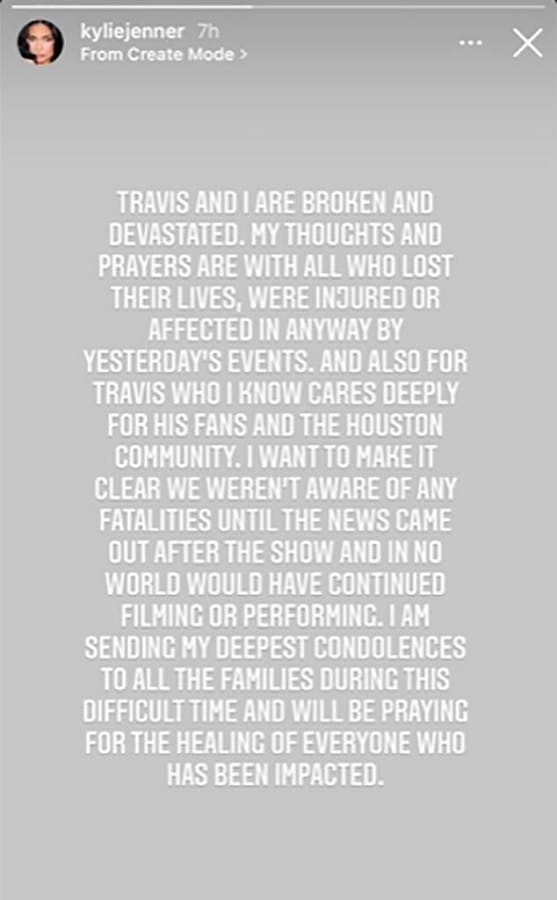 The Kardashians hide the tragedy

In the newest episode of the show, the family is celebrating Kris Jenner’s birthday. However, Kendall makes a big deal out of the fact that she can’t go to the party because she’s in Miami. Unfortunately, according to The Sun, Kendall was not actually seen in Miami on Kris’s birthday.

“I love these little trips that we do, I’m just sad that I’m missing my mom’s birthday,” Kendall said on the show. “I’ll be back to give her a nice birthday hug in a couple of days.”

Kris’s birthday is actually on November 5. This is the exact date that Kendall and Kylie were at the Astroworld show together. Instead of saying she was at the show, Kendall put on an elaborate (and seemingly fake) BFF vacation scene with Hailey Bieber where they get IVs and talk about their health.

Of course, this isn’t sitting well with viewers of the show. After all, this was a massive tragedy and it seems they could’ve touched on it in some way.

Do you think The Kardashians should’ve touched on Astroworld? Let us know your thoughts in the comments below. Come back to TV Shows Ace for more Kardashian family news.