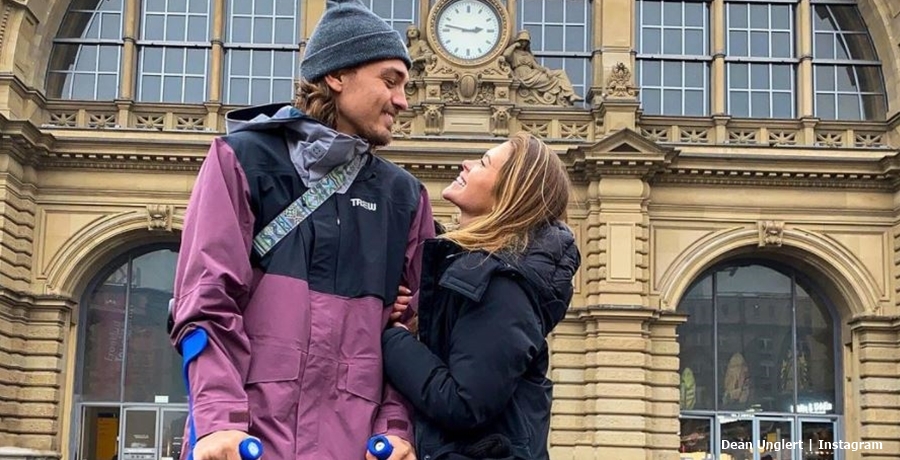 Caelynn Miller-Keyes and Dean Unglert are huge fan favorites in Bachelor Nation. Fans love following their journey on social media. Of course, being fan favorites always leads to many rumors and a lot of speculation when cryptic posts are made. Now, they’ve done it again and fans are wondering what’s going on with these two now. Keep reading to find out more.

Cryptic Instagram posts are bound to cause speculation and get fans talking. Caelynn Miller-Keyes posted a story that has many wondering if these two decided to skip an engagement and head straight to marriage.

ScreenRant shared all the details about why fans think this adorable couple could have eloped. The video clip shared by Caelynn showed them both happily embracing and staring into each other’s eyes. Dean wore a suit jacket, and Caelynn, a simple white dress.

The two are known for doing things their own way and not following tradition. In fact, the two have recently talked about marriage and engagement. The non-traditional information about that is Caelynn will reportedly be the one to propose. She actually said it would be great if they could both experience it and both propose.

But now, many wonder if they just skipped all that and got married. Nothing was said on the video other than Caelynn tagged Dean.

Opinions from fans online were mixed. Many believe there could be something to the pics and perhaps they did elope. Others think it’s just a photo.

What do you think? Could they have eloped? Or is the post just another adorable video the couple decided to share with the world?

Caelynn and Dean met on Bachelor in Paradise. Dean originally got cold feet and walked away. However, the two soon found each other again and have been together ever since. They recently bought a house in Las Vegas and adopted another dog after Pappi passed away.

Caelynn and Dean love to travel and fans enjoy seeing their trips. Many are a little shocked they have lasted so long. The two seemed like complete opposites when they first met. However, they’ve managed to blend well into each other’s lives.

Dean has appeared to have overcome his fear of commitment so fans can’t wait to see these two get engaged and tie the knot.

They do talk about having children one day as well. Do you think they will stay together?