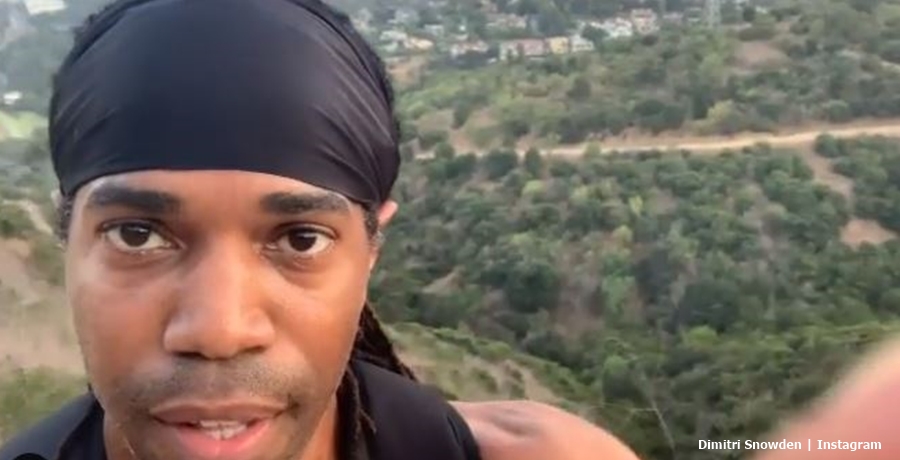 Dimitri and Ashley Snowden spent three seasons looking for love on Seeking Sister Wife. Finally, they thought they had found it in a South African single mother, Christeline Petersen. Season 3 ended with Dimitri legally marrying Petersen to keep her in America and to solidify their love. Sadly, abuse allegations would taint the season and ultimately end their marriage. In January of 2021, the couple separated and Petersen went into hiding. So, after over a year apart, where does the estranged couple stand?

Dimitri and Ashley joined the series in Season 1 looking to add to their family. Yet they struggled with boundaries when Dimitri would court other women. He rushed into being intimate which was extremely hard for Ashley so they laid out rules for Season 2. By then, they had met free spirit, Vanessa Cobbs. She was very invested in the couple, even opting to relocate to California with them. Upon doing so, she partook in a 21-day alkaline diet. This was so she could be intimate with Dimitri and they could align their pHs. It was a struggle but she did it. Furthermore, the couple’s kids loved her so much. By the end of the season, he had proposed and they planned a spiritual wedding ceremony. Unfortunately, after the tell-all, it was revealed she had left the family.

There was never a true explanation as to why Vanessa departed but she went to live in Australia with her twin sister. For Season 3, they were courting Tayler Middleton and Christeline. They liked both very much so they went ahead with both women. The pandemic hit and all of them living together became too much for Tayler so she left. However, Chrissy stayed with her two daughters, got engaged to Dimitri, and they had a wedding by the season’s end. While it was all airing, it came out that she filed a temporary restraining order against Dimitri and accused him of domestic violence. This was corroborated by an ex-girlfriend, Ariadne Joseph.

Where Do They Go From Here?

After this all occurred, Christeline went into hiding with the support and help of exes Vanessa Cobbs and Tayler. Along with Ariadne, they helped set up a GoFundMe to get her back on her feet. Additionally, Dimitri filed for divorce from Christeline. Prior to the show airing their wedding, she had listed him as her partner/spouse in any paperwork filed. Legally, he was not attached to Ashley as they only believed in being spiritually tied. This made fans wonder if they had made it official. Then, between the separation and all the drama, it became clear they had gotten married…and were getting divorced. So, what has transpired since then?

Dimitri and Ashley actually split while Dimitri left social media for good. Many people he was associated with had spoken out about him in a negative way and it seemingly took a toll. Christeline has resurfaced and appears to be doing great. According to Starcasm, Dimitri and Christeline are still legally married. It seems no further steps have been taken to officially end the marriage aside from the filings. There are also no future hearings related to the divorce. It could be a monetary issue or Chrissy not wanting to be found. Either way, the couple is still tied to each other for the time being.

Are you surprised the divorce has yet to be finalized between the Seeking Sister Wife stars? Let us know in the comments.