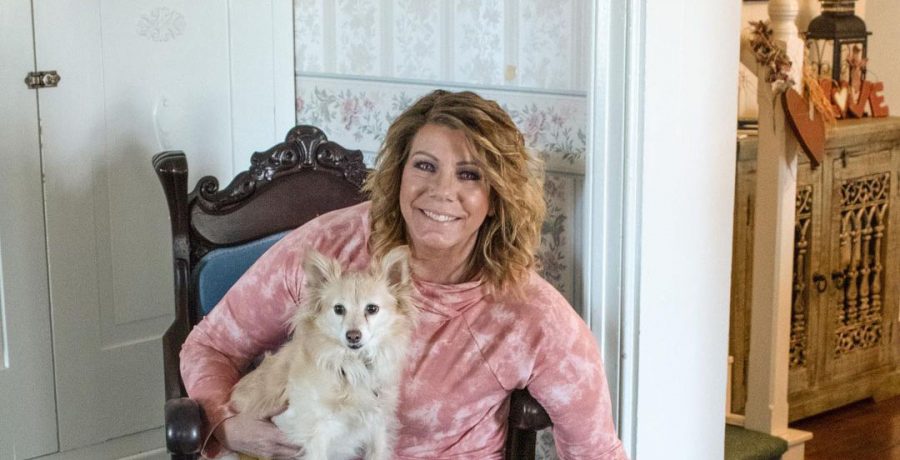 Meri Brown has shown she is accepting the hand she has been dealt in terms of her plural family. It may not be ideal to an outsider but for Kody Brown’s original first wife, it works for her. As seen in Season 16 of Sister Wives and the three-part tell-all, Meri has no plans of leaving the family. She has many reasons to exit yet she is staying put. In usual Meri fashion, she continues to post inspirational and elusive sayings to her Instagram story. Her latest post is all about peace and how she wants to incorporate more into her life.

It was a big deal for Meri when she was able to connect her husband, Kody with his fourth wife, Robyn. The two women seemed to get along extremely well from the beginning. Unfortunately, a serious matter was always plaguing Meri. Kody’s second and third wives, Janelle and Christine gave him a total of twelve children. Robyn came in with three from a previous marriage and was quick to add son, Solomon. However, Meri struggled with fertility issues and the couple only shared daughter, Mariah.

Though a blessing, Meri truly wanted to expand her family so she and Kody were seen looking into fertility options. After Robyn gave birth to Solomon, she offered to be a surrogate for Meri. In the end, she chose to pass on this generous offer. It still could not keep Meri headed in a more positive direction and she found herself going down a dark path. She ultimately started an online relationship which ended terribly. Meri had to find a way to repair the damage done to her family especially the strain between her and Mariah.

She was able to find success with LuLaRoe which helped her fund the down payment on her bed and breakfast. Yet, the one thing truly missing from her life was a truly loving relationship between her and Kody. He admitted that the ship had sailed and they were nothing more than friends. She had repaired her relationship with Mariah but there was nothing left for her in the family. Why was she even staying, fans wondered?

During the three-part tell-all, Meri Brown revealed she and Kody have not been intimate for a decade now. He says he will take care of her with a lot on Coyote Pass but that is the extent of it all. Meri truly believes they can be together again in fellowship. Plus, she adores Robyn’s kids despite being told she could not be close to them for about nine months. Next to Robyn’s family, Meri was the only other wife to truly isolate when needed. Despite it all, Meri says this is her family and she is not going anywhere.

Still, she continues to post motivational and often questionable quotes on her Instagram story. It makes her followers wonder who they are directed at and if they have anything to do with her current situation. Recently, she shared one about being peaceful while resting but not living in peace. Is she struggling with her personal life? Has it been disrupted? There is a big shift now that third wife, Christine has left the family. Rumors are also swirling that second wife Janelle is not too far behind.

Do you think Meri is questioning her own life or is this just another passage she wanted to share? Let us know in the comments.