When Sister Wives first premiered in 2010, Kody Brown introduced the world to his plural family. The one thing his first and legal wife Meri said was that they didn’t go weird. Yet, their familial lineage may prove to be a little too close for comfort for some. Questions of who is related to whom have consistently popped up. In the latest episode where Janelle’s mother passes away, it once again resurfaces.

Kody Brown Is Related How?

Polygamy has been looked down upon for centuries which is why Kody and his family wanted to come out with their story. They felt the need to normalize their lifestyle and show the different sides to plural marriage. When he first introduced viewers to his original three wives, they all lived in one home located in Utah. At the time, Kody was legally married to Meri and they had one daughter together. He was spiritually married to his second wife, Janelle who gave him six children. The same went for his third wife, Christine, who was pregnant with the couple’s sixth child, baby girl Truely.

Kody was also courting his soon-to-be fourth wife, Robyn who had three kids of her own. It was a lot to take in yet they seemed to make it all work. However, as the show began to evolve, more about the Browns came out. First off, Janelle had been married to Meri’s brother prior to marrying Kody. That was how the two met. She ended up divorcing Meri’s brother and became wife number two.

Then, in one episode of the series, the family headed to Kody’s family ranch. They went to see his father but there was a surprise awaiting viewers. One of Kody’s mothers was actually Janelle’s mother, as well. Yes, Kody’s father was a polygamist who had two wives, one of them being Janelle’s mother Sheryl. Kody went into more detail about the familial connection in a clip for this week’s episode.

In an exclusive clip from Entertainment Tonight, Kody Brown is on his way to Wyoming. Janelle’s mother has just passed away from cancer. She is already there as she rushed to be by her mother’s side the moment it became grave. He explains that this was not just his mother-in-law but also his mother of sorts. As aforementioned, Kody had met Janelle prior to marrying her when she was with Meri’s brother.

The same went for his father. He had met Janelle’s mother and the two fell in love though he was married to Kody’s mom. They ended up getting married and she became his second mother. This all occurred prior to Kody and Janelle ever tying the knot. Therefore, in some spiritual way, they were stepsiblings up until Sheryl passed in December 2020. 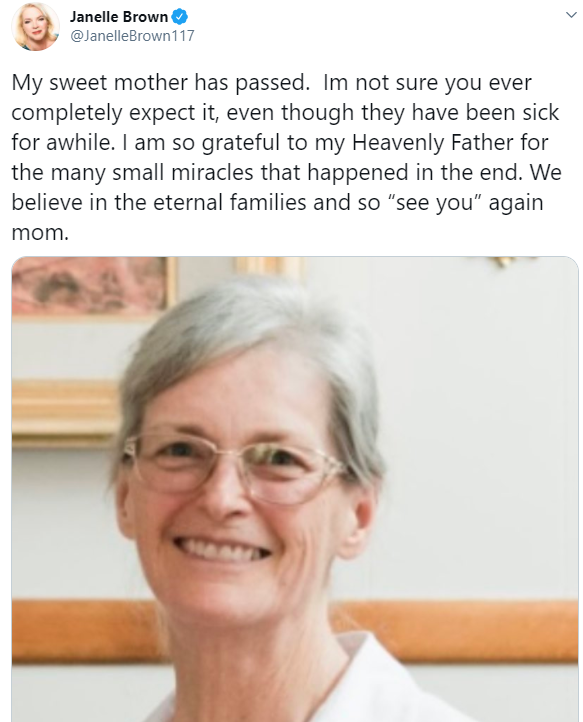 Are you shocked to learn of their connection or did you know this all along? Let us know in the comments and watch Sister Wives every Sunday on TLC.