While spending some time outdoors with Gage and Michael, Amy Halterman expresses concerns for her son’s health. She admits to her husband Michael there are a few things weighing on her mind. And, he discusses them with her husband to clear her head. Is something wrong with Gage? Why is Amy worried about his health? Here’s what we know.

Amy and her husband Michael were grabbing a bit of fresh air with their son Gage. He was in a stroller and they were playing with bubbles. Amy kicked off the conversation by noting Gage had a whole lot of “firsts” going down at the same time. She continued to explain Gage was currently teething. Unfortunately, the poor little guy has four teeth burst through his gums at the same time. 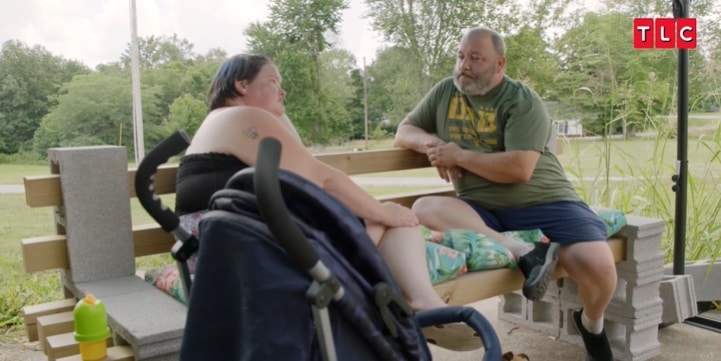 Amy Halterman continues to talk about how blessed she and Michael are. She admits her son Gage is a pretty easy-going baby. She, however, has some real concerns about him. Amy Halterman describes her son Gage as a “bottomless pit.” She worries he is headed down the same path as her sister Tammy. Amy Halterman tells her husband she would never forgive herself for raising her son to be overweight.

Speaking to the camera, Amy opens up about her health concerns for Gage further. She admits the last thing she wants is for her son to ever experience being overweight. She doesn’t want him to have to deal with bullying as he grows. Amy wants him to have a normal life as a normal-sized child. 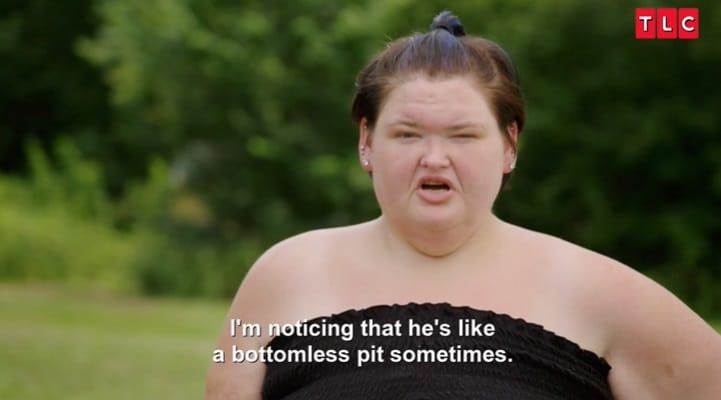 Michael Halterman did not appear to share the concerns with Amy. In fact, he reassured her that she had nothing to worry about. He did not think Gage was at risk of turning into his aunt Tammy. Given her own struggles with being overweight as a child, it was understandable where her concerns came from.

Do you understand why Amy Halterman is worried about these health concerns with Gage? Do you think Michael was right to reassure her everything would be fine? Share your thoughts with us in the comments. And, keep coming back for the latest on 1000-Lb. Sisters and Amy Halterman’s son Gage.