General Hospital spoilers for December 20-24, 2021, reveal Lisel Obrecht willing to do anything to make sure Nina Reeves doesn’t go to jail for a crime Michael Corinthos made up in his head and bribed a Pennsylvania politician to charge her with.

General Hospital Spoilers: Will The Truth Come Out In Court?

Scott Baldwin (Kin Shriner) is determined to find a way to get Nina (Cynthia Watros) off of these trumped-up charges and Liesl (Kathleen Gati) thinks she knows a way to help. She informs her boyfriend that Nina had a romantic relationship with Sonny Corinthos (Maurice Benard)  while they were in Nixon Falls and this changes everything in Scott’s calculus about the case. If he can somehow get this to come out in court, the advantage will be Nina’s.

However, Liesl does not want Scott to reveal how he knows what went on in Nixon Falls because then Nina will think Liesl betrayed her trust, which she actually did but Liesl doesn’t want that to come out. When Scott gets Sonny on the stand, will he be able to drag the information out of Sonny while Carly Corinthos (Laura Wright) sits there?

Laura Collins (Genie Francis) is tired of being under protection outside Port Charles and needs to get back to real life. Her first stop is Pentonville where she visits her brother and Cyrus Renault (Jeff Kober) tells her that he is not the one who tried to kill Martin Grey (Michael E. Knight). In fact, he has found God while behind bars and wants to protect his siblings from whoever is after them.

While Laura is not quite sure if she should believe Cyrus, he seems pretty sincere and tells her he has sources on the outside that can help him get to the bottom of what’s been going on. Will Laura actually accept his help? 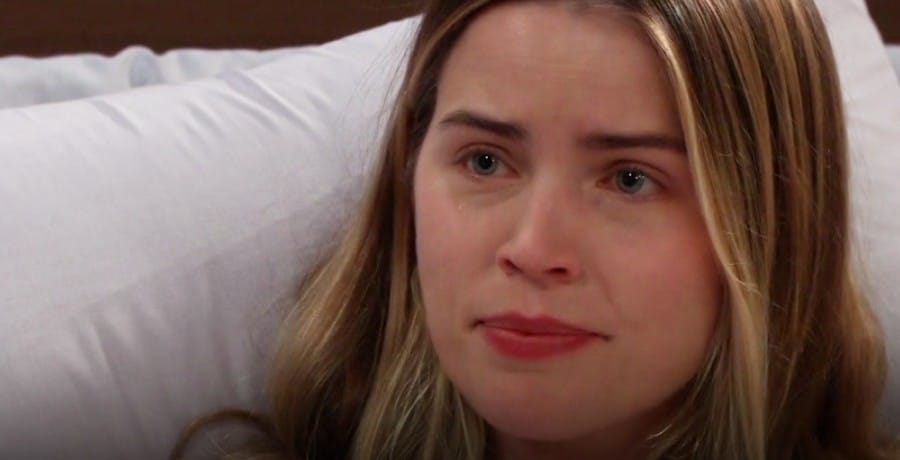 As Sasha Gilmore (Sofia Mattsson) and Brando Corbin (Johnny Wactor) mourn the loss of their baby, Liam, in a completely unnecessary plot twist, especially around the holidays, Willow Tait (Katelyn MacMullen) remembers losing her own infant son and not even learning about it for well over a year. She confides her feelings in Harrison Chase (Josh Swickard) and not Michael (Chad Duell), which should say a lot about Michael and Willow’s relationship.

Meanwhile, Sasha is finally released from the hospital and Brando is there to support her. Will this couple be able to survive such a devastating loss?

GH sticks with tradition during the annual telling of the Christmas story for the sick children in the hospital. We also get the annual tree lighting ceremony in Rice Park. Some emotional connections are also made while Anna Devane (Finola Hughes) invites Hamilton Finn (Michael Easton) and Violet Finn (Jophielle Love) for a Christmas tea. Elizabeth Webber (Rebecca Herbst) and Drew Cain (Cameron Mathison) even reunite. Will they actually discuss Franco Baldwin and his death?