1000-Lb. Sisters fans were clued into Tammy Slaton’s nickname during this week’s episode of the TLC series. And, it was a revelation that left many of the viewers at home cringing. In fact, some fans of 1000-Lb. Sisters were so bothered by her nickname that they took to Reddit to discuss it.

What is Tammy Slaton’s nickname, anyway?

Those who follow Tammy Slaton on her various social media profiles likely know her nickname already. She uses it as her display name across multiple platforms. For those who didn’t know her nickname, it was revealed during a Q&A trivia game during this week’s episode. Turns out, her nickname is Queen Tammy.

This reveal was made during a meet-and-greet event Tammy and Amy hosted. The sisters decided to host a Q&A trivia game. They offered the fan who answered the most questions right the chance to cream Amy’s husband Michael in the face. One of the many questions asked during this Q&A session was what Tammy’s nickname was. It was a question one of the fans participating in the contest answered correctly.

Fans of 1000-Lb. Sisters admit to cringing at the reveal of Tammy Slaton’s nickname. The OP that started the thread dedicated to discussing Tammy’s nickname admitted they spit their drink out when the nickname was revealed.

To be fair I don’t watch their channel but the self-proclaimed queen does fit her attitude very well. Except for an actual Queen would 100% not act like that.”

The individual clarified they don’t really follow Tammy online, but they can see how her personality fits the nickname. Here’s what other 1000-Lb. Sisters fans had to say about the nickname:

The general consensus in the comments on the thread is that Queen Tammy is hardly a nickname. In fact, most fans seem to agree “Tam Tam” is her actual nickname. Other fans jokingly point out that her sister Amy affectionately calls Tammy “B*tch” an awful lot too. 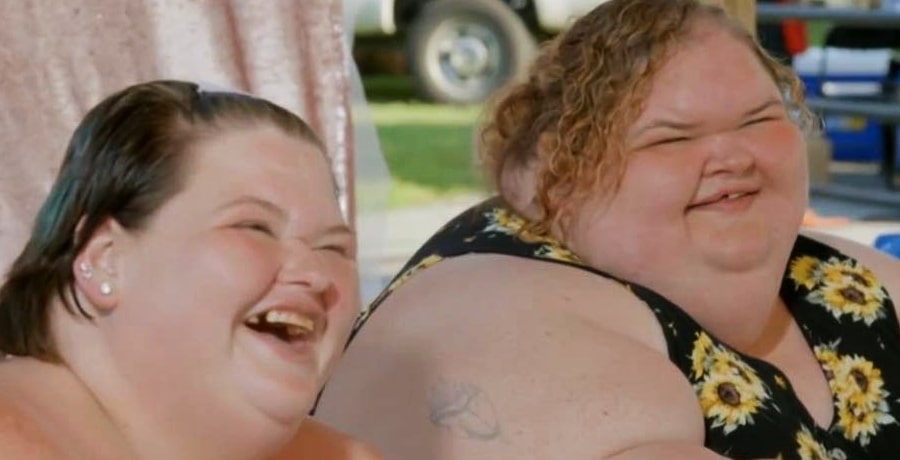 Most responses seemed to double down on Queen Tammy simply being her social media handle across multiple platforms and not an actual nickname.

What do you think Tammy Slaton’s nickname is? Do you agree with it being Queen Tammy? Share your thoughts with us in the comments. And, keep coming back for the latest 1000-Lb. Sisters news, gossip, and fan chatter.