If you are a fan of General Hospital, read on to have Genie Francis’ 2021 net worth revealed. Francis, who has appeared on the daytime soap opera in some fashion since 1977, has made a career out of her portrayal of Laura Spencer. Below is a look at how the recurring role has impacted the star’s pockets over the years.

In truth, much of Francis’ career has centered around soap operas. Over the last 40 years, she has been on and off General Hospital in some fashion. She is well-known for her role as Laura but she’s also appeared on The Young and the Restless. However, her career doesn’t stop at Luke and Laura. In 1982, she left the daytime soap opera world to try her hand at primetime television. 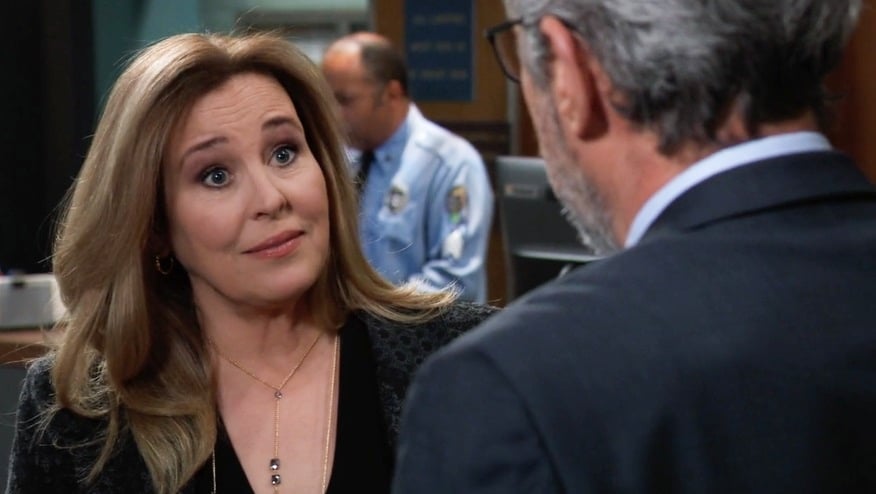 For a short time, she played the starring role in a program called Bare Essence. The show was ultimately a failure though, and she returned to General Hospital for another short run in 1983. Her second departure from the show coincided with her costar Anthony Geary’s leaving the show as well. In 1984, 1987, and 1990, Francis played a small, recurring role on the series Murder, She Wrote as Jessica Fletcher’s niece.

Genie has also owned a store called The Cherished Home at one time. She wound up selling the business when her workload on The Young and the Restless became too heavy. The store closed shortly after she sold it. In 2007, Francis began to appear in advertisements for the Medifast Diet. The paid endorsement showed Francis, saying she used the program to lose 30 pounds.

She also worked with her brothers to release a record called It’s Christmas Time Again. Proceeds from the sales of the record went to the Sisters of Saint Francis Children’s Mission in Cuernavaca. Throughout all of this, Francis has popped up on various daytime soap operas. Fans are always wondering when she will return to General Hospital as Laura though.

All those years on daytime television have paid off for Francis. Her estimated net worth comes in at an astonishing $25 million in 2021. Of course, a good chunk of her overall wealth stems from her work on General Hospital. She, like many other soap stars, makes somewhere between $3,000 and $5,000 per episode that she appears on.

That being said, Francis has made some lucrative real estate moves in the past that have contributed heavily to her net worth. It has been reported that Genie and her husband, Jonathan Frakes, sold their home in Beverly Hills for $12 million in 2015. The sale of the home has helped bump up her net worth a bit. With her still regularly appearing on General Hospital, it is safe to say that Genie Francis’ 2021 net worth will continue to grow in the years to come.