Fans have many questions about Jana Duggar’s recent child endangerment citation. The former TLC star issued a statement on the matter herself this week. But now, new information has come out and seems to contradict what she’s shared.

In case you missed it, the news of Jana’s child endangerment citation broke just after Josh Duggar was convicted. Because so few of the details have been confirmed, and because everyone has their own side of the story, fans are curious to learn the true facts.

A source told Katie Joy of Without a Crystal Ball about the situation. The source claims that Jana fell asleep while babysitting her nieces and nephews. 22-month-old Maryella was allegedly found in the road by a passerby, and then the police showed up. Jana says she was given a written citation.

Katie’s source originally said that Jana pled not guilty. But now, shortly after issuing a statement and claiming it was an accident, Jana might have actually pled guilty. 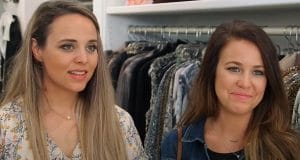 In a new Instagram post on Wednesday, Katie shared an update on Jana’s situation. Katie writes, “Jana Duggar has pled guilty to endangering the welfare of a minor after claiming it was an accident.”

She included a screenshot of the court payment system, showing that there is a new fine in addition to the $430 Jana paid previously. The new fine is $880. She believes that this fine proves that Jana pled guilty.

She adds, “Jana’s public admission/denial would have made it impossible for her to win the case.”

Katie points out that Jana does not appear to be sentenced to any time behind bars or required to serve any community service time. It looks like the fine is all that is shown under Jana’s name in the records.

At this point, it’s difficult for fans to know what’s true about the situation. While Jana has spoken out, along with her siblings Jessa, Jason, and James, fans feel that the family is downplaying the situation. Based on Katie’s research, there may be some inconsistencies between Jana’s statement and the legal records.

Hopefully, more details are brought to light soon so the family’s followers can know the truth.

So, what do you think of the latest update on Jana Duggar’s situation? Share your thoughts in the comments section below. For more news about the Duggar family, come back to TV Shows Ace.