Ashley Iaconetti Haibon and Jared Haibon are awaiting the arrival of their first child together. She’s had a rough pregnancy being sick frequently. Luckily, things came together and she had a wonderful day celebrating her son who is due to be born in February 2022. Plus, Ashley had a very special guest. One Bachelor in Paradise fan favorite attended the festivities and reportedly had a great time. Who is it and what else happened at Ashley’s baby shower?

E! News shared all about Ashley Iaconetti Haibon and her baby shower celebration. Plus, she had a special friend in attendance for the big day.

Friends and family gathered to celebrate Ashley and Jared’s son. The colors featured at the shower were blue and silver. Ashley said, “My friend Maura Gaudio, of Happening Entertainment, her production company, put together the decor. It was all blue and silvery for, well, one, the boy, and two, because it’s winter, so it had that winter feel.” She continued, “We had stars up in the sky, and it was very cozy and very pretty. My sister did a lot of the game planning.” 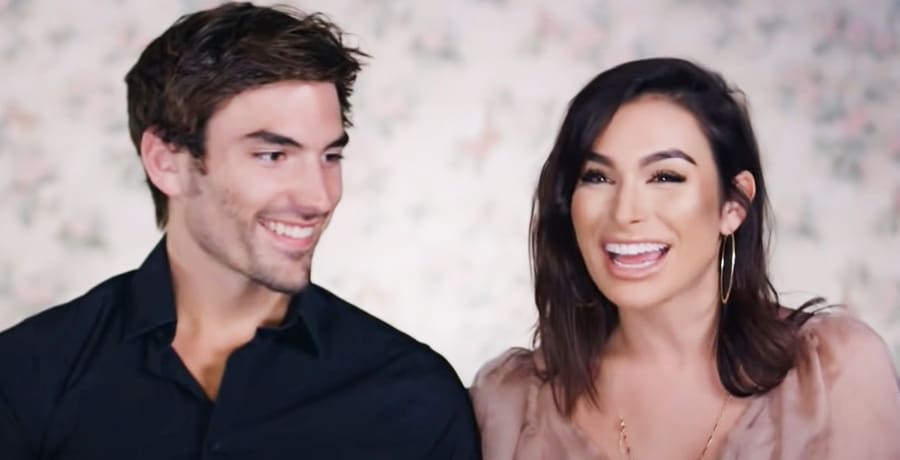 They played lots of games including guessing which candy bar was melted inside a diaper. Another game played allowed guests to try and guess how big Ashley is by putting ribbon around her belly. Ashley said their friend who signed Jared up for The Bachelor picked perfectly how big she was. She also noted she owes everything to her for signing him up. Ashley said there wouldn’t be a baby on the way if that wouldn’t have happened.

So, who was the special guest from Bachelor Nation that was at the shower? This would be Carly Waddell. Carly noted she had a great time at the shower and said it was so nice to see Ashley.

The gifts and other guests

Ashley was gifted with many adorable items. One was a onesie that said “Future Bachelor.” Another gift was a personalized New England Patriots ornament. Plus, she received a onesie featuring Tom Brady which said “Milk Drunk.” It was symbolizing him after his trophy celebration. Fans know Jared is a huge Patriots and Tom Brady fan. Ashley and Jared also received baby Uggs for their son.

While the day was amazing for Ashley, she did note that not everyone was able to attend. She said more than half the guest list could not come. She said, “Unfortunately, between COVID and sick kids and you know, just the holidays, more than half the guest list couldn’t come.” Ashley continued, “But it was actually a great round of people and we had a blast. It was one of those parties where you know the time is wrapping up and you’re like, ‘Oh, man, like, I really wish we had another hour!’ And I always feel like that’s the way a party should be.”

One person Ashley was no doubt talking about was one of her best friends, Jade Roper Tolbert. Jade recently shared on Instagram that she and her entire family were sick. She noted they were all throwing up and miserable. No doubt Jade would have loved to be there to help Ashley celebrate.

Her pregnancy and due date

Their son is due to make his debut somewhere around February 10 and the Bachelor in Paradise alums could not be happier. They have managed to keep their son’s name a mystery until he’s born. Ashley noted previously she doesn’t want anyone stealing her name just yet.

Ashley has not kept it a secret that she’s had a rough pregnancy. She said in September, “I wake up in wet sheets from night sweats daily… the constipation is gnarly…the acne has my self-confidence down (and no, it’s not my prenatal. I take one without biotin intentionally)…the congestion and post-nasal drip is disgusting and often nausea-inducing.” She continued,  “I’m still pretty adverse to most liquids in hydrating amounts…but I’m so thankful my level of comfortability is improving and that the baby boy in my belly is doing well.”

Are you excited to see Ashley and Jared’s baby boy next year?