Jana’s cousin Amy King clearly caught wind of the story and didn’t hesitate to fire shots on her Instagram Stories this afternoon.

Amy King shared a sweet photo of her son Daxton chilling in an orange chair while enjoying a little screen time. She included a pretty long caption on her photo. Turns out, she and Daxton had a pretty long day with a lot of fun activities. She listed all of the things she did together with her son in the caption.

According to Amy, she and Daxton spent time jumping on the trampoline, they built huge towers together, and they read some books! Now, the mother and son were unwinding with a little bit of screentime! 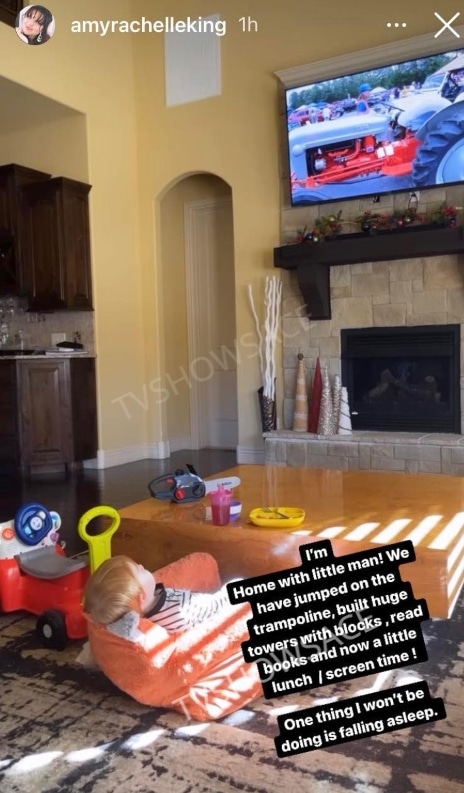 Who did she fall asleep while watching?

Allegedly, Jana Duggar was helping watch Anna’s children while she stayed with her husband Josh during his trial. Jana Duggar reportedly fell asleep while watching Maryella Hope. The report alleges that Maryella Hope got out of the house because Jana fell asleep and was found in the street. As we previously reported, Jana is pleading not guilty to these charges. Moreover, Counting On fans are having a hard time believing the charges against Jana are even true.