Kim may have taken home the Fashion Icon Award at the 2021 People’s Choice Awards this year but it was Khloe Kardashian who stole the show. The 37-year-old reality television star was seen on stage with her sister, Kim, and mother, Kris Jenner. Her outfit turned more than just a few heads. Here’s a look at Khloe’s fit for the star-studded event and why she was turning so many heads.

What Awards Did Khloe Kardashian Receive?

Before you get a peep at her skimpy dress, Khloe was there to receive awards and represent her family for the reality TV show, Keeping Up With The Kardashians. She was seated next to her mom and family friends, Ellen Degeneres and Portia de Rossi. Their booth at the ceremony received plenty of recognition throughout the night. Degeneres won the award for the Daytime Talk Show of 2021. 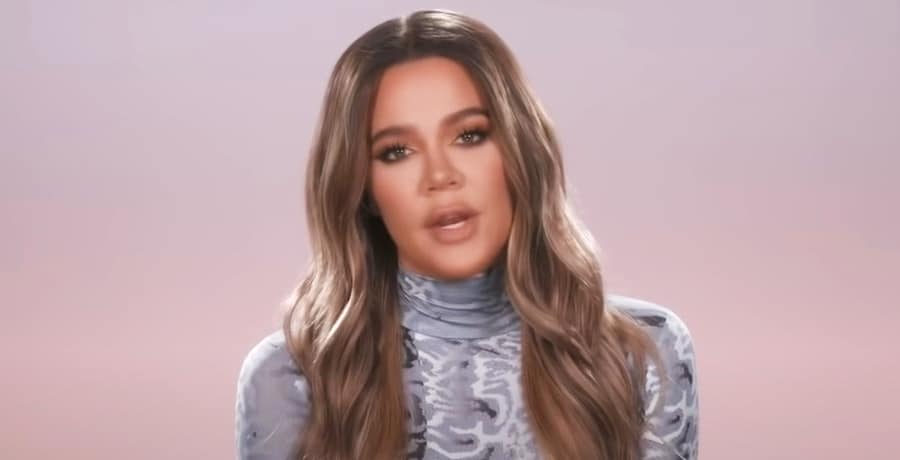 Khloe was able to show off her outfit a few times throughout the night when she got up to go on stage. She joined her mom and sister, Kim, to receive the award for the Reality Show of 2021. As mentioned above, Kim K received the Fashion Icon Award, but Khloe took home a few trophies of her own. She won the Best Reality TV Star and Best Reality Show. The three women talked about how much everyone’s support meant to them at the People’s Choice Awards, especially during the final season of KUWTK.

The Kardashian clan said that the awards show was a little bittersweet this year. In June, they concluded the series after 14 years on the air. They expressed disbelief at what an amazing journey it has been. The show, which initially started with giving people a look into their crazy lives, has exploded. During that time, each of the sisters has branched out and started their own business. Many of them have had children. All while fans got to follow along.

A Look At The Skimpy Awards Dress

In an Instagram post after the event, Khloe thanked everyone who helped put together the People’s Choice Awards. She expressed thanks to everyone who made it possible for her to win the awards she took home. The photo, shown below, shows her smiling ear to ear in the shimmery, skimpy dress that she wore to the event. There’s no wonder why she was garnering so much attention.

She kept things fairly simple in terms of her hairdo and accessories. Even her heels were transparent. The entire focus of the outfit was about her silver chainmail, barely-there dress. Some people compared her look to a disco ball. Whatever the inspiration might have been, Khloe Kardashian broke knecks turning heads at the awards show.