It was a big day for Janelle Brown. Her youngest daughter, Savanah turned seventeen. Next year, she will be a legal adult and be able to make all of her own choices. However, it also stirred up a lot of emotions that Janelle shared with her Instagram followers.

Though she was the second wife to Kody, her history with the family actually extends a long time. Initially, she was married to Meri’s brother, Adam Barber. Yet, the same year Kody married Meri, Janelle and Adam got divorced. This was how Janelle was introduced to the family and became interested in their lifestyle. Three years later, she and Kody would wed. The following year, Janelle birthed Kody’s first child, Logan, shortly after he married his third wife, Christine.

Still, there was more to the Brown familial ties than Meri’s brother. Kody’s father had taken a second wife and it happened to be Janelle’s mother, Sheryl. Though her mom questioned what kind of lifestyle polygamy was, that was all thrown out the window upon meeting Kody’s father. They were even featured on the show when the Browns went to visit Kody’s family farm. Yes, Kody and Janelle are stepbrother and stepsister. 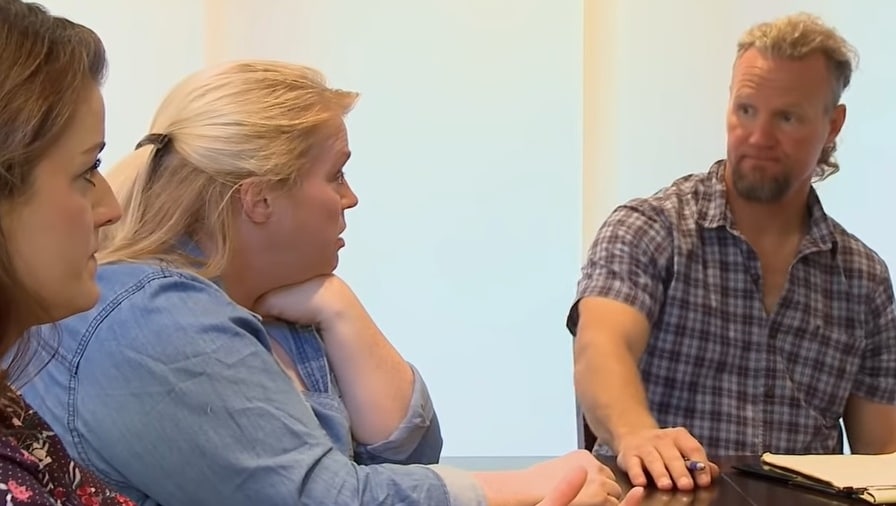 Since they got married, Janelle and Kody have had six children together and she has always been the more business-minded one. It was not until COVID  and Season 15 where they truly clashed a lot over parenting and Janelle being too free and lenient. He has not liked her traveling whereas she does not like how overbearing he has become. That has all fallen by the wayside to commemorate December 7th, a special day in Janelle’s life.

Celebrating Savanah And Honoring A Memory

On December 7th, Janelle Brown could not help but post how proud she is of her youngest daughter, Savanah on her 17th birthday. These past two years have not been easy for anybody. As the Browns noted on Sister Wives, the family is so large and birthdays have always been a big deal. Sadly, the pandemic has taken that away from them. However, Janelle posted two beautiful photos. One of Savanah holding Maddie’s daughter Evie K. and another of her mom Sheryl holding Maddie’s son, Axel.

While it is another trip around the sun for Savanah, it is also the first anniversary of Sheryl’s passing. It also happens to be her birthday, as well. Janelle noted that Savanah has a watch of Grandma Sheryl’s which she wore today. She noted she could feel her mother by her.

Many followers liked and commented but one had this to say: “I’m so sorry for your loss Janelle. I did not realize you had lost your mam. She has a beautiful, kind face. And how proud does she look with her great-grandchild! I’ve no doubt she’s smiling down proudly on all of you always, and today especially. Happy birthday, Savanah.” Look like Savanah is helping to keep Sheryl’s spirit and legacy alive. Happy birthday to them both.