US Weekly shared all about what Cassie had to say about the possibility she could end up on television again. It turns out she isn’t opposed to the idea as long as it would be with her new boyfriend, Brighton Reinhardt. Cassie said, “We’ve thought about random little things here and there.” She continued, “I think both of us have the personalities where any kind of opportunity or thing that comes our way, we are both, like, yes people always.”

She and Brighton started dating in 2020. However, they didn’t confirm their relationship until July when they went Instagram official.

Brighton just recently released a new album. He’s a musician trying to find his way in the industry. So far he’s doing great with Cassie by his side.

Cassie and Brighton started off their relationship as friends. They were friends for years before getting together romantically. Cassie said, “We’re doing great. We were friends for a really long time before we started dating so I kind of feel like that helped us out just in so many different ways.” She continued, “So we just have a lot of fun together. He’s like my best friend.”

They actually love having adventures together. She noted how she’s spent tons of time renovating her house and needed to get out. So, they decided to take their spontaneous trip to Mexico. She also said they love hiking and have said they are going to get back into doing more of that. 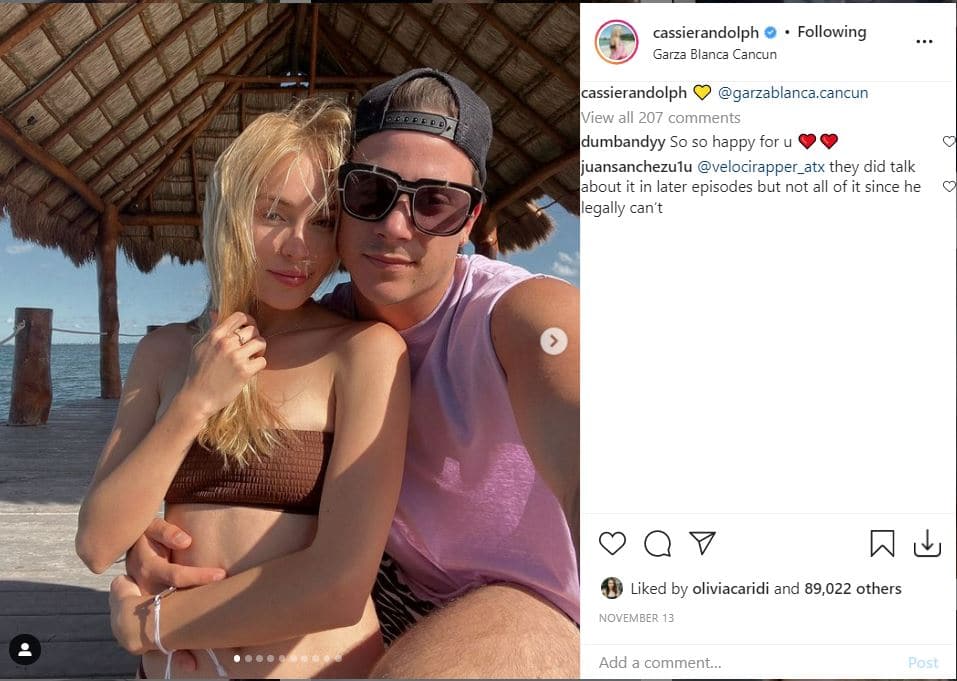 Cassie loves how creative Brighton is. She said, “Sometimes I’ll be upstairs and he’ll be downstairs and I’ll hear him start to sing, like, a random song out of nowhere that he’s thinking of.” She continued saying, “I’m like, ‘Is that about me?’ and he’s like, ‘Of course.’ So it’s really fun. It’s cute and it’s sweet to see how creatives and musicians — how their mind works and how they piece things together.”

Brighton was friends with Cassie before her experiences with The Bachelor and Colton Underwood. So, he understands what she’s been through.

What do you think about Cassie admitting she’s not opposed to appearing on reality television again?

Have you listened to Brighton’s music?

‘GG’ Gharachedaghi Hinted Lala Kent Is A ‘Cheater’ Too?
‘Sister Wives’ Fans Highlight Kody Brown’s Most Abusive Remarks
Jana & John-David Duggar IGNORED By Family On Their Birthday?
‘Survivor’ 41: Evvie Reveals What Happened Before Filming That Changed The Game
The ‘Survivor’ Season Themes We May See Used In The Future