Sister Wives star Christine Brown is pretty in pink. She’s embracing her newfound single life amid her split from Kody Brown. Last month, she announced her decision to leave her plural marriage. Her announcement came ahead of the new season.

Fans were shocked. They had a feeling that Meri Brown would be the first to go. Yet, fans are happy for Christine. They feel that she’s better off without him. Now, she has a new look and outlook on life.

Read on to see what she’s been up to and more.

In a shocking turn of events, Christine Brown announced her divorce from Kody Brown on Instagram. The 49-year-old revealed that the two had “grown apart.” Kody is also in a marriage with Janelle Brown, Meri Brown, and Robyn Brown. In her lengthy post, Christine said that she will still be a part of the Brown family, even if she’s no longer married to Kody.

“We will continue to be a strong presence in each other’s lives as we parent our beautiful children and support our wonderful family,” she wrote. “At this time, we ask for your grace and kindness as we navigate through this stage with our family.” 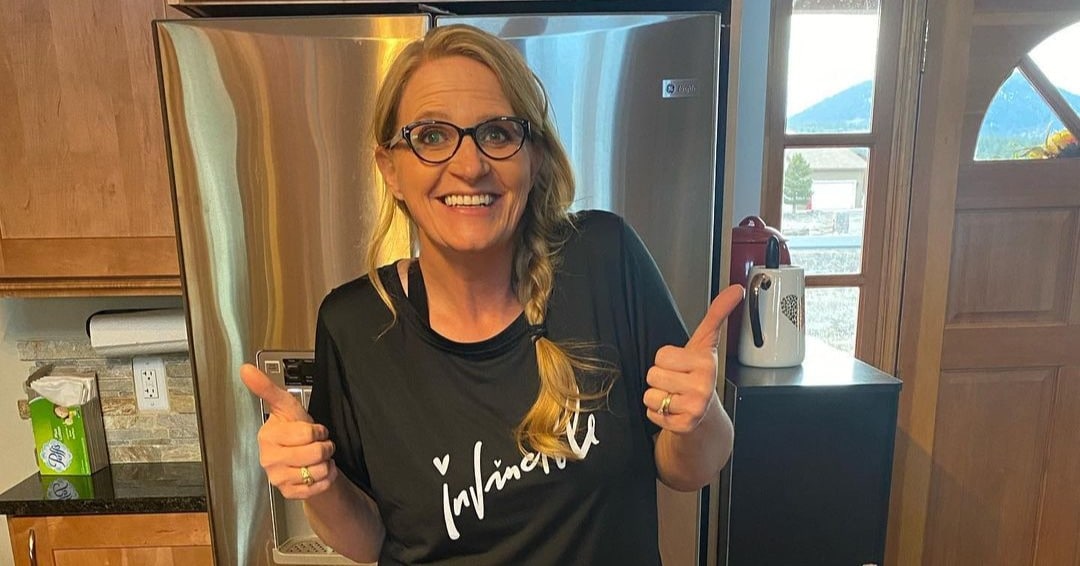 In her post, Christine thanked her fans for their “understanding” and “compassion” during this time. She also included a series of hashtags, including “change is good” and “change is scary.” Kody also shared Christine’s decision on his respective Instagram account. The former couple share son Paedon, 23, and daughters Aspyn, 26, Gwendlyn, 20, Mykelti, 25, Truely, 11, and Ysabel, 18.

Since then, Christine revealed how she’s been doing since her split from Kody. In a Cameo video, she said that she feels like a “better person.” She is enjoying her life as a single lady. She wants to focus on the simple things in life.

On Sunday, December 5, Christine took to her Instagram account to share a new photo. She’s seen sitting pretty in a hot pink blazer, which she paired with a black-and-white polka dot blouse and ripped jeans. She finished off her new look with black cat-eye glasses and dainty jewelry. The TLC star flashed a bright smile at the camera.

In her lengthy caption, Christine says she’s feeling better these days. Not just because of her split from Kody, but because Plexus helps with her digestion solutions. As fans know, many of the sister wives sell health and wellness products on social media. Christine touted the benefits of the product and encouraged her fans and followers to reach out to her for more information.

Some would say that she listened to her gut and got out of her marriage at the right time. She looks happier and healthier these days. Christine has many breakdowns while filming the new season. She looks distraught as she admits that plural marriage is no longer for her.

What are your thoughts on Christine’s new look? Do you think she looks pretty in pink? Sound off below in the comments.

Check back with TV Shows Ace for more news on Christine Brown.