Though it was filmed last year, the latest Sister Wives episode involved a big reveal. The family learned a new grandchild was on the way. No matter who the biological mother is, each wife feels equally as excited and invested. They even have their own special nicknames set in stone for the baby to call them. So, what does each wife want their moniker to be? Turns out they are very traditional.

Though three of the Brown children are married and two are engaged, only two of the kids have made them grandparents. Maddie, daughter to Janelle and Kody, was the first to announce she was pregnant. She wed her husband, Caleb Brush in 2016 then shared she was expecting the family’s first grandbaby at the end of the year. By May of 2017, she gave birth to Axel with her family present.

By 2019, she shared the news she was expecting her second baby. Evie K. was soon born and she was extremely special to the family. She was born with FATCO so she ultimately had to have surgery on both her hand and part of her foot amputated. Evie is so resilient, everyone on Instagram just adores the Brush children.

Finally, Mykelti wed Tony Padron in 2016 but they did not announce they were expecting until 2020. This was a big virtual announcement for the Browns. It gave them a chance to get together as a family, something they have missed doing. Furthermore, it gave them something to celebrate. Upon hearing the news, the wives were beyond thrilled and went on to share what the grandchildren will call them. Each is unique but meaningful.

Everyone has a preference as to what they want to be called by their grandchildren. As for the Brown women, they must come up with four names. When Mykelti announced her pregnancy, it was made very clear this baby belonged to all of them. It did not matter that Christine is Mykelti’s biological mother. Janelle immediately started crying at the prospect of a new baby. 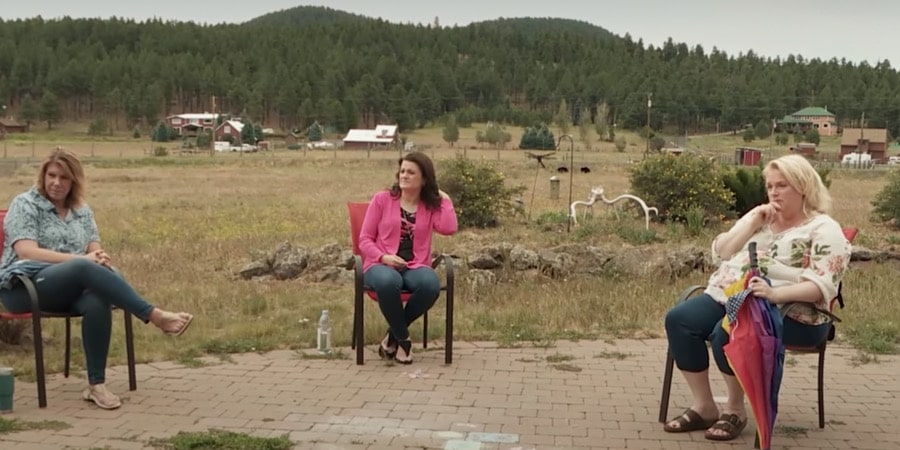 She will be known by the traditional name of grandma. That is just what she wants and prefers. As for Robyn, she has chosen the moniker of Bubby as it is Czech for “Grandma.” Christine is Oma for all of her grandchildren and that has never wavered. However, Meri admits she does not have an assigned grandma name.

What do you think of the names they have come up with for the grandchildren and do they fit their personalities? Let us know in the comments and watch Sister Wives Sundays on TLC.