In Yellowstone, secrets have a way of getting revealed. Most of all, those revelations never come at the right moment.

What do we know about what is next for Beth and Rip?

The Yellowstone Secret That Is Gnawing At Beth

On Yellowstone, Beth and Rip have couples goals. They are even pseudo parents to Carter. However, this story could easily lead to some unpleasant conversations. Most of all, the half-truths are gnawing at Beth. She really cannot relax because she is worried that Rip will learn the truth.

TV Line recently spoke to Kelly Reilly, who portrays Beth. Describing the secret as a “ticking time bomb,” they asked the Pride and Prejudice actress whether Beth will push her inner self-destruction button and shatter this bliss that they have cultivated.

Reilly pointed out the obvious. “Well, she has a secret, doesn’t she, that Rip doesn’t know about. He knows that she can’t have children, but he doesn’t know why.”

For a while now, Yellowstone fans have been bracing for the shocking revelation of why Beth cannot have children.

First, it was because she was pregnant with Rip’s child. Second, she asked Jamie to take her to have an abortion. Third, that abortion is why Beth cannot have a child now. 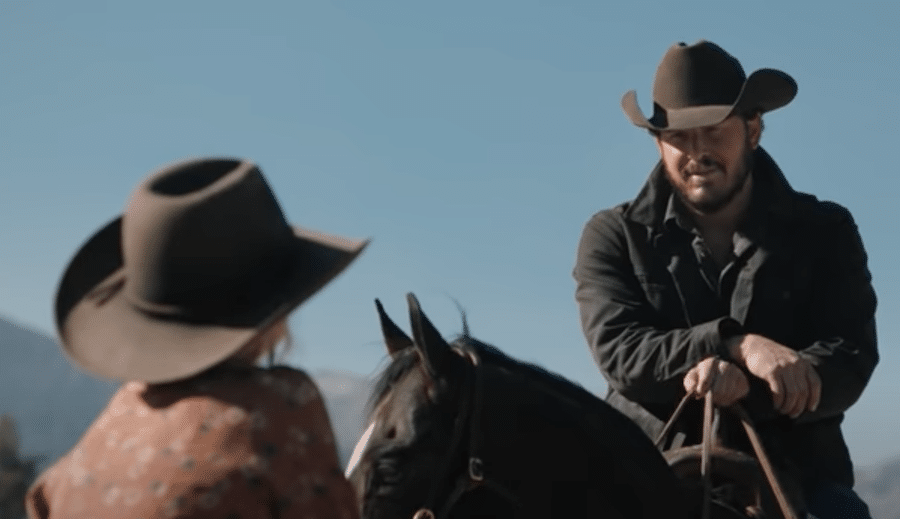 What Will Be The Most Shocking Part Of Revelation?

Beth’s Yellowstone secret is too powerful to go away. Now that Rip and Beth have a loving relationship, this could be the one thing that disrupts the bliss. But what part of this is most traumatic?

Is it that Jamie, Rip’s rival knows all? That he was the one that took her to about Rip’s kid? Or is that all of this time, Beth doesn’t confess to the root really why she cannot have kids. Should she tell Rip?

Even Yellowstone star, Kelly Reilly knows that Beth should tell him. She revealed, “So she’s thinking a day might come when he might find out or she will tell him. One would say she should tell him.”

Can their love survive her confession? Would it be best to come from her? Is she brave enough to tell him the truth? Reilly shares, “But I think the fear of potentially losing him from that [is too great]. She holds herself responsible, even though it was not her fault.”

However, if anyone, meaning Jamie anyone, tells Rip, and if Rip breaks it off with Beth, she will have yet another reason to destroy Jamie.

Beth in self-destruct mode could destroy everything she values. Reilly believes her character would totally fall apart.

“Now that she’s had that love and allowed herself to fully move into it, and we see how devoted she is and how much she adores him, to lose him would probably cut off the last link to her humanity.”

Be sure to watch Yellowstone on Sunday nights, on Paramount+.