The Great British Baking Show Season 12 just came to a close with the crowning of Giuseppe Dell’Anno as the winner. However, fans of this beloved baking show need not fret because the holiday spin-off will be here before you know it!

The Great British Baking Show: Holidays is coming to Netflix on December 3rd, 2021. This will be their fourth-holiday baking competition and will be two episodes long, as usual.

Who will be hosting and judging this season?

You might be wondering who will be hosting and judging the show this time around. Well, fear not! Paul Hollywood and Prue Leith will be returning as judges, and Matt Lucas and Noel Fielding will be doing their usual host shenanigans. However, Noel will only be in one of the episodes. Tom Allen will be taking Noel’s place in the other episode. Check out the trailer below for a sneak peek at what the spin-off will look like!

The holiday spin-off will not be introducing new bakers but instead inviting bakers from past seasons to see if they can seize their second chance and come away with the winner’s trophy.

This season will feature one Christmas-themed episode and one New Year’s Eve-themed episode. Each episode will contain the usual three challenges: the signature, the technical, and the famous showstopper. The showstoppers in this holiday rendition of everyone’s favorite friendly baking show will knock your stockings off the mantle with their wintery wonderfulness. Their winter treat creations will make your mouth water for those Christmas goodies we all indulge in at this time of year. Maybe this holiday-themed baking show will inspire you to create some wintry treats of your own!

Who will be competing in Season 4 of Great British Baking Show: Holidays?

In the first episode, James Hillery from 2017, Ruby Bhogal from 2018, and Rose Brandreth-Poynter and Jamie Finn from 2019 will be returning to the white tent to display their creativity through the art of creating Christmas-themed baked goods. The second episode will include Nancy Birtwhistle from 2014, Dr. Rahul Mandal from 2018, and Henry Bird and Helena Garcia from 2019. They will be creating New Years-themed baked goods.

Will it be as good as the regular seasons of The Great British Baking Show?

The holidays can be a stressful and hectic time for most. The holiday spin-off season of this popular baking competition show is just as calming, comforting, and relaxing as the original seasons we all know and love. If you’re looking for a way to spend the beginning of the wintry month of December, check out The Great British Baking Show: Holidays coming to Netflix on December 3rd.

Whatever creations are made this year and whether they’re successful or not doesn’t really matter. What matters is the joy the show brings to those who watch it, with the baker’s positivity and support of each other evident from the start. Their optimism rubs off on us as we watch them do what they do best: create. That’s why this show is so enjoyable to watch.

Will you be checking out Season 4 of The Great British Baking Show: Holidays this holiday season? Let us know in the comments below! 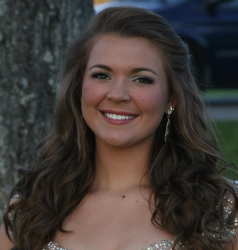