This past season of Married at First Sight ended with some interesting news. As it turns out, Bao Huong Hoang and her chosen mate Johnny didn’t work out. She walked away from him on decision day. However, things took an even more interesting turn when Bao started dating fellow castmate Zach Freeman. Of course, the drama didn’t stop there. There have been multiple cheating allegations against Zach. So, did Bao stand by Zach through the allegations and try to make their relationship work? Keep reading to find out.

Instagram account MAFSFan shared details about Zach Freeman and Bao Huong Hoang. According to the report, it finally became public knowledge that Zach and Bao started dating. Neither were able to make a marriage work with their chosen partners. However, it seemed perhaps they had a chance to find love with each other.

On the MAFS Where Are They Now special, it was openly revealed to the world that Zach and Bao were dating. It was noted that they were both mutually exclusive. What happened next is unbelievable. A cheating scandal emerged involving Zach. In fact, multiple women came forward to say that Zach was cheating on Bao with them.

Reality Blurb shared more details and screenshots from one of the women involved in the scandal. According to her, she did not watch the season of Married at First Sight and had no idea that Zach was dating anyone.

Bao and Zach no longer follow each other on Instagram since this news came out. It is being reported that Bao broke up with Zach after the first woman came forward. Many feel heartbroken for Bao who endured a lot while being married to Johnny during the show.

It was also noted that technically Zach is not even legally divorced from Michaela since the couples on the show are not allowed to divorced until the reunion episode airs. 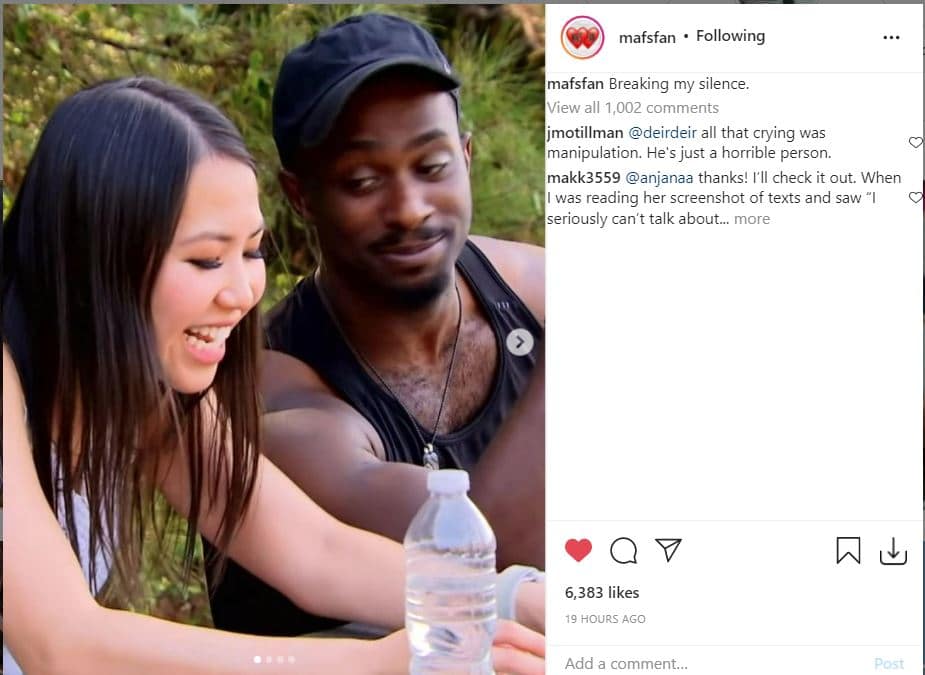 The woman who came forward said Zach is not a good person. She said he is a master manipulator and only puts on an act. Fans were hopeful things would work out for Bao. However, it looks like she will be hurt not once but twice from this season of MAFS.

What do you think about the cheating scandal involving Zach? Are you glad Bao reportedly dumped him?

Stay tuned for more updates as they emerge.