Amy Roloff went Live on Instagram yesterday and accidentally spilled the beans on Jacob and Isabel’s baby. What did the LPBW star reveal about her newest grandbaby?

LPBW fans have been anxiously waiting for news of the arrival of Jacob and Isabel’s first child. Unfortunately, Jacob Roloff made it clear pretty early on that they would not be sharing photos of their baby with the public. Those who follow Isabel Roloff thought this decision was a bit hypocritical with her showcasing so much of her pregnancy on social media.

Given the bombshell Jacob dropped on fans when he revealed he had been abused as a child by one of the producers of LPBW, it is understandable why he wouldn’t want his son anywhere near the spotlight. In fact, confirming the gender of their baby to be a boy is really the only piece of information the couple has shared about the little bundle of joy.

Isabel Roloff has not posted a thing on Instagram since November 22. This is very unlike the mother-to-be as she’s been very active on Instagram since finding out she was pregnant. Between pushing various products and brands she had teamed up with and sharing baby bump photos, fans never went too long without a photo or video from her.

So, it is a bit alarming that it’s been so long since her last post. This is especially true when one of the last things Isabel Roloff did on Instagram was post something cryptic asking for prayers. This cryptic post had some fans concerned — is the baby alright?

Now, Amy Roloff went Live on her Instagram profile yesterday. She discussed a lot of things. But, one topic she landed on was family during the holidays. More specifically, she talked about grandbabies. Amy Roloff said she hoped the pandemic wouldn’t stop her daughter Molly from coming to visit. Tripping over her words, Amy revealed Molly had two new nephews to visit. Amy tried to cover spilling the beans on Jacob and Isabel’s baby by saying, nephews or nieces. But, it was too late. She said what she said. Everyone heard her.

Without realizing she did it, Amy Roloff spills the beans on Isabel and Jacob’s baby a second time a little later in the conversation. She noted that her father was now a great-grandfather of six. She admitted that her mother would be “over the moon” if she was still here. Now, for those doing the math, that number would include Isabel and Jacob’s baby. Between this piece of information and what Amy accidentally said when talking about Molly… It is safe to assume Isabel and Jacob have welcomed their first baby into the world. 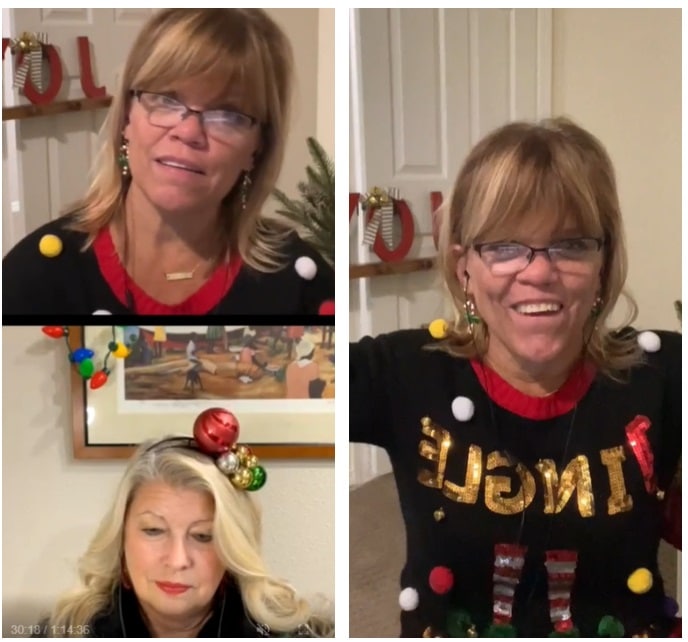 Here’s hoping Jacob and Isabel will spill some details on their baby boy soon. Even if they continue to stand firm on the decision to withhold pictures.

Did you notice Amy Roloff appeared to stumble over her words when she realized she was talking about Jacob and Isabel’s new baby? Do you think she was allowed to spill the beans on his arrival? Share your thoughts with us in the comments. And, keep coming back for the latest on the LPBW family and Amy’s grandbabies!