Despite being an hour and a half long, Lacey Buckingham’s episode of My 600-Lb. Life did not reveal much of her weight loss journey. Unfortunately — as Dr. Now put it — she had a lot of stability issues in her life. Dr. Now admitted she needed to work on getting her life together and figure out where she was going to live before she could even begin to focus on her weight loss journey.

The episode had a pretty sad ending with Lacey’s entire world falling down around her. My 600-Lb. Life viewers wonder how they can follow Lacey and get updates on her weight loss journey. 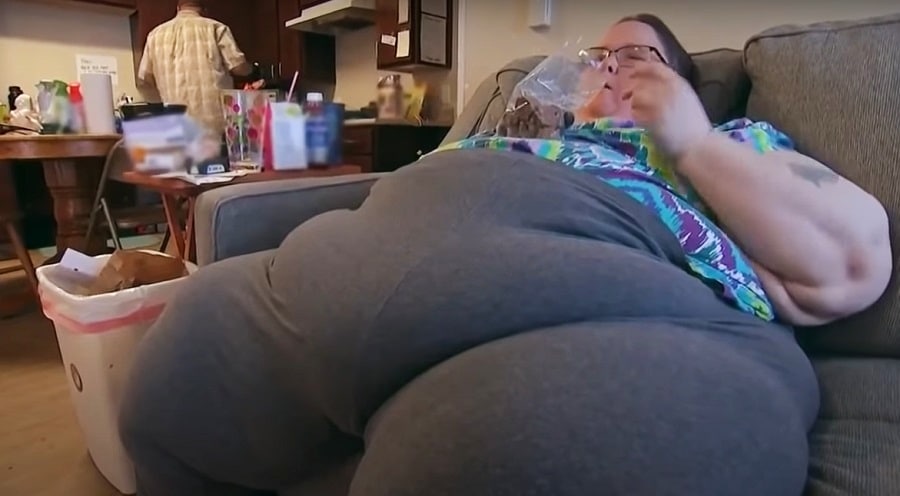 Lacey Buckingham’s episode of My 600-Lb. Life barely scratched the surface on her weight loss journey. Dr. Now noted that Lacey makes rash and impulsive decisions. He pointed out that she appears to create some of the chaos in her life. He didn’t outright say it, but it sounded as if he was implying she might be creating the chaos to avoid dealing with her weight loss.

Fortunately, as we previously reported, Lacey Buckingham is pretty active on Facebook. She’s also pretty easy to find with a quick search of her name. So, My 600-Lb. Life fans interested in following her for updates on her weight loss journey will have no trouble checking in on her Facebook profile to see how she is doing.

Lacey Buckingham is also pretty easy to find on Twitter. But, it does not appear that she’s used her Twitter profile since 2017. Her tweets from 2017 suggest she was also trying to make healthy eating choices a few years ago. Lacey also has an Instagram profile. But, it has been even longer since she posted on Instagram. In fact, her last post was from 2014. So, Facebook is going to be the best way to get updates on Lacey Buckingham’s weight loss journey.

Do you plan to follow Lacey Buckingham to get updates on her weight loss journey? Share your thoughts on the latest addition to the My 600-Lb. Life cast in the comments down below. And, keep coming back for the latest on Dr. Now and his patients.

The ‘Survivor’ Season Themes We May See Used In The Future
Tori Roloff Shares Her Dinner Dilemma With Pregnancy Body
Hilary Duff Stars In ‘How I Met Your Father’: When Do First Episodes Drop?
‘SW’ SPOILER: Kody Brown Pulled Plug On Marriage To Christine?
Gage Halterman Proves Amy & Michael Are Great Parents, Here’s Why