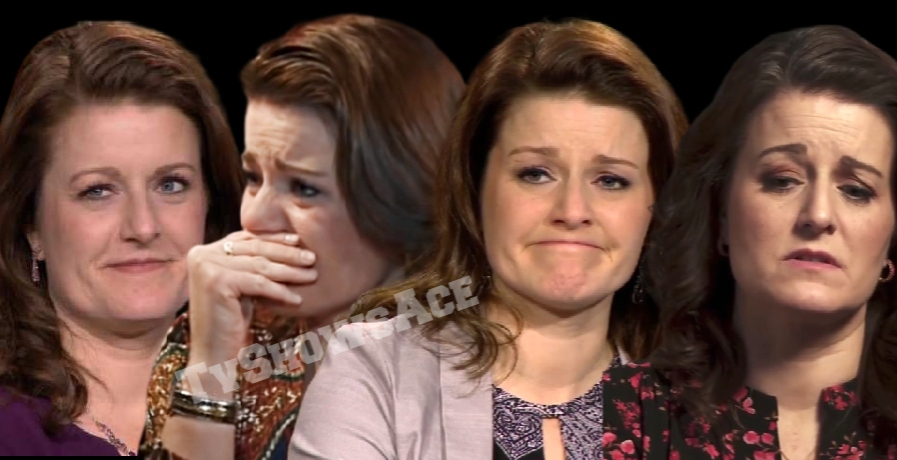 Underneath all of those tears, is Sobyn Robyn Brown actually the puppet master of her family? Sister Wives fans seem to think that might be the case. Kody Brown argues there is no “head wife” in their family. The rest of the wives agree decisions are usually made by a majority rule vote.

But, fans believe underneath all of her tears… Sobyn Robyn Brown might actually be the star of the show. Is she the one making all the big decisions? What has fans thinking this might be true? Keep reading and we’ll explain.

According to MEAWW, the latest episode of Sister Wives Season 16 has fans convinced Robyn Brown is who runs the family. Coined a Sobyn Robyn because she is known to burst into tears in nearly every episode of the show… Are some of these tears a calculated and manipulative move on her part? Does she play the victim card when it is convenient? Is it possible that Kody Brown’s fourth and youngest wife is actually the leader of the pack?

Did she manipulate how Kody handled Christine?

As we previously reported, Robyn Brown gave her husband Kody some advice on how to handle Christine. Robyn did not think it was a good idea for Kody to tell Christine that none of the wives wanted to move to Flagstaff. She thought it would make things more painful for Christine. On Twitter, Sister Wives fans note that it felt like a manipulative move on Robyn’s part.

After Robyn was manipulating Kody to not tell Christine that staying in Flagstaff was the housewives decisions, I plainly see her as Kody's puppet master #SisterWives

Why did Robyn Brown push Meri away?

Sister Wives fans (and Meri) thought Kody had the right idea about Meri not having her own fire pit. Meri did not have a household of children to bring to the BBQ. And, Meri had been doing a great job with her quarantine. Kody Brown figured Meri could just join one of the other fire pits because she hadn’t been exposed to other people.

Kody even went on to suggest Meri could join Robyn’s firepit to help Robyn with the small kids. Robyn, however, shut down the idea thinking it would look bad to the other wives. Then, Robyn proceeded to complain about Kody not helping her with the small children during the BBQ. She noted it was “what she expected” was going to happen.

Again, Sister Wives fans noted this all felt pretty manipulative on Robyn’s part. Was she that good at controlling Kody Brown and his decisions?

Robyn, Why in God’s name would it be a anything other than positive for your kid to be with Meri? The other families/kids would be thrilled to see any interaction between the families. You’re the one who gets their father 95% of the time. #SisterWives

Other fans just thought it was annoying that Robyn Brown spent the BBQ complaining about parenting her children to follow rules that she had established on her own.

Robyn is complaining that she has to be responsible for making her kids comply to her own rules. #sisterwives

Could Sobyn Robyn Brown actually be the puppet master of her family? Is she the one calling all of the shots? Does she have her arm wedged up Kody’s behind making the decisions? Let us know what you think in the comments. And, keep coming back for the latest on the Sister Wives.