A Duggar family friend has testified in Josh’s child pornography case. Bobye Holt, a friend of the Duggars, as well as Jim Bob Duggar, Josh’s father, were both asked to testify against him. Their testimonies are in connection to Josh’s molestation scandal years ago. For those who don’t remember, Josh previously confessed to touching four of his sisters and one other young woman inappropriately.

Because of this, Josh’s previous actions could be used to prove he had a “motive” in possessing child pornography. His molestation scandal shows that there is a pattern in his behavior. It proves he didn’t accidentally obtain the content.

As we’ve reported, Jim Bob’s testimony reveals few details as he claims he “can’t remember” the details of Josh’s confession. However, Bobye’s testimony includes far more details about the situation. 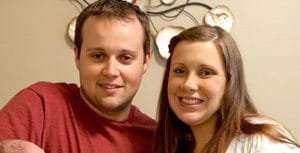 In the evidentiary hearing on Monday, November 29, Bobye shared about Josh’s molestation scandal and his confession. People reports that Bobye was very emotional as she shared her testimony. She revealed how close she was to the Duggar family and how they went skiing together. Josh called her “aunt Bobye.”

After a call from Jim Bob, Jim and Bobye went to the Duggar family’s home to learn about Josh’s actions. During the meeting, Jim Bob, Jim, Bobye, Michelle, and Josh all went to the master bedroom to have a conversation.

Describing that day, Bobye shared what Josh had confessed. She said, “[Josh] explained that Jane Doe four was sitting on his lap during Bible time and he touched her inappropriately. He said it happened that day. On that date, he told us that he touched her vaginal area.”

She went into further detail about Josh’s confessions and how he touched three other girls who were all at least three years younger than him. Bobye shared that one of Josh’s sisters woke up when he was touching her. The sister hit Josh and Jim Bob and Michelle were informed.

Bobye also revealed, “I went to go tell Jim Bob and Michelle but they said they didn’t want to hear it.”

Now, however, Josh’s legal team wants to have Bobye’s testimony prohibited. They are using “clergy privilege” to attempt to get rid of her testimony. You can read her full testimony here.

So, are you shocked by the information shared by the Duggar family’s friend, Bobye Holt? What else do you think could come up during the trial? Let us know your thoughts in the comments section below. For more news about the Duggars, come back to TV Shows Ace. We will continue to share updates about Josh’s trial.