The Young and the Restless spoilers for November 29-December 3, 2021, reveal Abby Newman’s dreams finally coming through as she follows her gut and some leads that take her just where she wants to go.

The Young and the Restless Spoilers: Abby and Chance are Reunited

Abby (Melissa Ordway) travels all the way to Majorca, Spain convinced that Chance Chancellor (Conner Floyd) is alive and she can finally the family with the white picket fence she has always wanted. At first, she is warned that Chance has been through a lot as there really was an explosion he managed to survive, but when Chance suddenly makes an appearance, all the fear and apprehension melt away as Abby runs into Chance’s arms and he seems like the same man to her.

Meanwhile, her parents, Victor Newman (Eric Braeden) and Ashley Abbott (Eileen Davidson) are hot on her trail because they think their daughter lost her mind. Back in Genoa City, even Jill Abbott (Jess Walton) makes a return after learning her beloved grandson is dead. Wait until she finds out just how determined Abby has been. We are sure Nina Webster (Tricia Cast) will be thrilled too.

But how will Devon Hamilton (Bryton James) feel when Abby brings Chance home and tries to pick up her baby? After all, Devon is attached to him now and Abby is bringing his legal father back, while Devon is just Dominic’s biological dad. 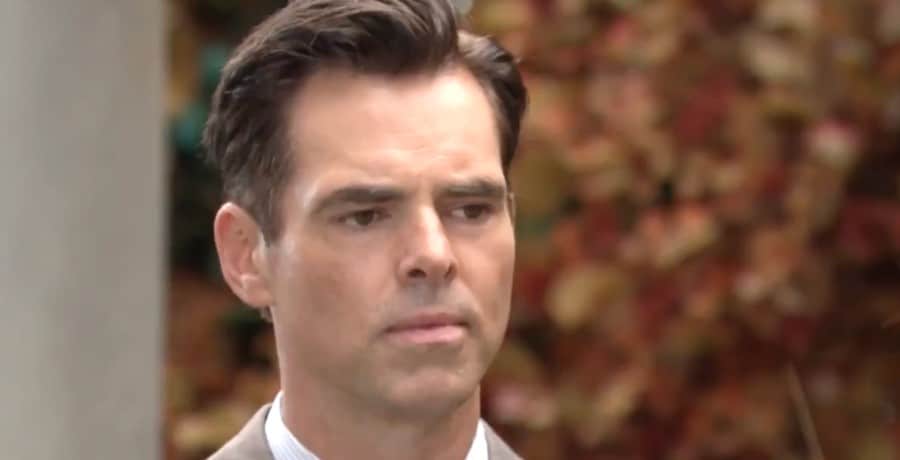 As Chance makes his Genoa City comeback, ChanceComm is falling apart thanks to Billy Abbott (Jason Thompson) and the fact that everything he touches seems to turn to dust in his hands. He fell for Victor’s plot and now Victor, Victoria Locke (Amelia Heinle), and Ashland Locke (Richard Burgi) are trying to fleece Lily Winters (Christel Khalil) and get them to come aboard with an offer for the new ChanceComm.

Jill also has an offer for Lily, but what will she choose? Will she stay with Chancellor Industries or join Newman Media in a role that she will love. Decisions, decisions…

What is Going on With Noah Newman?

Noah Newman (Rory Gibson) has been quite secretive about what went wrong with his romance back in Europe. Both his mother, Sharon (Sharon Case), and his younger sister, Faith (Reylynn Caster), have tried to get information out of him but to no avail. Now, it’s Mariah Copeland’s (Camryn Grimes) turn. Even Tessa (Cait Fairbanks) didn’t get much of out him. Will Noah listen to his big sister, who has been having her own problems of late just because she agreed to help out Abby and Chance with the use of her uterus?

Jeremy & Jinger Vuolo Like You’ve Never Seen Them Before
‘The Amazing Race’ Has A Heartbreaking Stop…
Amy & Michael Halterman Unrecognizable In Old Photos
Farrah Abraham Gets Wrangled To Back Of Cop Car And Arrested?
Kourtney Kardashian Pregnant? Fans Think She’s 16 Weeks & Here’s Why