The Bold and the Beautiful rumors hint that Ingo Rademacher could return as Thorne Forrester. He was a major character on the CBS soap. He appeared from 2017-2019. Now that the actor has left General Hospital, there could be a possibility for him to return to B&B.

Rademacher had an abrupt exit from the ABC show. The news of his exit came as a shock to GH fans. Earlier this month, General Hospital confirmed Rademacher’s exit as Jasper “Jax” Jacks. He played the business tycoon for several decades.

General Hospital rumors swirled that the show would lose another one of its actors. Recently Steve Burton also left because of the vaccine mandate. Gh fans enjoyed watching the Australian hunk his GH career spanned 20 years. Now, he has left the show after the vaccine mandate went into effect on Monday, November 1. The powers that be at ABC fired Rademacher for not complying with their vaccine mandate. Rademacher and the show could not come to an agreement regarding the situation.

General Hospital confirmed the news that Rademacher’s last airdate took place on Monday, November 22. According to the spoilers, Jax will return to Australia. If his character were to return to Port Charles, he would be recast. This comes amid the rumors that Trevor St. John landed a role on the show and could take over the role of Jax. Now, the Bold and the Beautiful rumors are swirling that Rademacher could return.

The Bold and the Beautiful spoilers: Possible scenario for Thorne to return

The Bold and the Beautiful already had a year of shocking returns. Sheila Carter (Kimberlin Brown) and Deacon Sharpe (Sean Kanan) have returned to win back the hearts of their children. They’ve also managed to turn the town upside down since then. Thorne Forrester is a character that was popular among B&B fans. The writers killed Thornes’s daughter Aly Forrester (Ashlyn Pearce) then he left town.

Many of them would like to see him back with the Forresters. Thorne’s return could reignite his sibling rivalry with Ridge Forrester (Thorsten Kaye). There are even more women for him to date and with Taylor Hayes (Krista Allen) back that allows the characters to rekindle their romance. 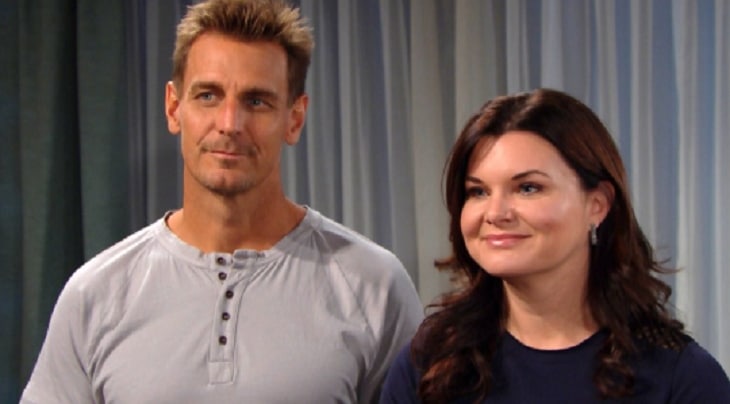 However, he could start fresh with Donna once again. Thorne and Donna were engaged. However, that was short-lived when he realized she was only using him to get back at Stephanie Forrester (Susan Flannery). Of course, it’s The Bold and the Beautiful, so that could also mean a love triangle between him and Taylor.

What are your thoughts? Would you like to see Ingo Rademacher reprise his role of Thorne Forrester on The Bold and the Beautiful? Sound off below in the comments.