Former Bachelorette Hannah Brown just released her new book titled God Bless This Mess. She’s shared a lot over the past week in regards to her exes from the show including hooking up with Peter Weber while his season of The Bachelor was airing. She also dished on who was better in bed, Jed Wyatt or Peter. So, with all this intimate information out in the world, how does her boyfriend Adam Woolard really feel about her book?

How does Adam Woolard feel about Hannah Brown’s tell-all book?

US Weekly shared what Hannah Brown had to say about Adam’s reaction to her book. It turns out he likes it. According to Hannah he reads it and takes notes. She said, “He’s the best. He’s been reading the book and taking notes on it and he has just been such an encourager of the whole thing. He’s really smart and reads, like, I swear, a book a day.”

Hannah continued, “I’m like, ‘How do you feel about it? Is it good?’ And he’s so encouraging about it all. … He’s like, ’It just gives me chills to know that my girlfriend is a published author.’ That’s just so incredible and helps me when I start looking at all the negative and trying to, like, pick it apart.” 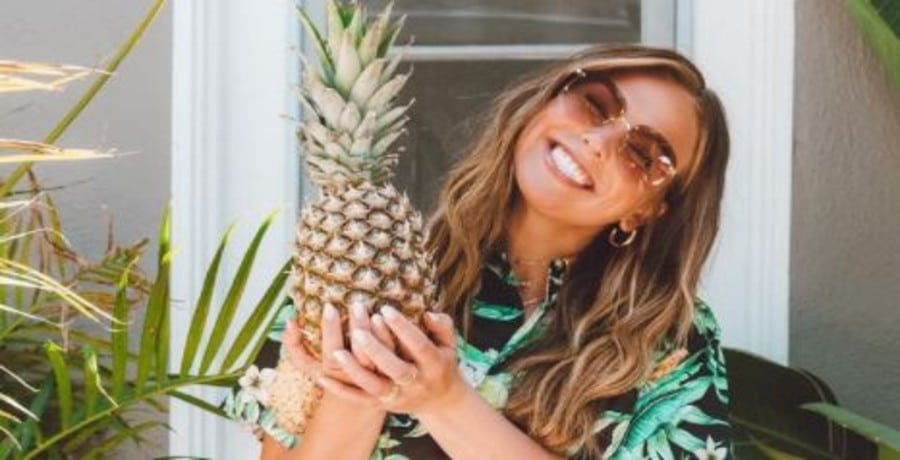 While Adam reportedly likes Hannah’s book, she does admit that some of the things were hard for him to read. Of course, some of those things would be her past relationships and intimate encounters she’s had with other men. While those were hard for Adam, she said, he’s focusing on the positives from the situation. He’s focusing on the fact of where it all led Hannah.

She said, “He’s been really great about kind of using it just to get to know me better. He’s almost done with it, but he’s been reading it very intentionally. He has notes on it that he told me he would share later.”

Talking more about Hannah’s book, she says it’s gone from being her “mess” to being her “message.” She’s hoping her book that she worked so long on can help people. Hannah wants to help people who are in the thick of it with her.

As for Adam, the two have been dating for more than a year now and are very much in love. Many fans think a proposal may be coming soon for The Bachelorette.

Have you read Hannah’s book yet?

‘GMA’ Michael Strahan Owns Yelling At Rosie O’Donnell With Love
Does Kim Kardashian Have No Control Over Her Children?
Is ‘Bachelorette’ Michelle Young Over The Nayte Olukoya Split?
Anna Duggar Willing To Wait Out Lengthy Sentence For Her Man?
Fans Slam Kim Kardashian For Hiring Pianist To Wake Her Kids