Christine Brown continues to live her best life in Utah and away from “husband” Kody Brown. She has taken to Instagram to show off how she is truly thriving with her girls now that she is a free woman. With the holidays upon us, the cast of Sister Wives all have individual plans. Christine is showcasing what she has up her sleeve and it literally matches her exuberance for things to come.

Christine Brown- Moving On And Moving Up

In the Season 16 premiere of Sister Wives, it was very clear Christine was not happy with her marriage to Kody. He brought the four wives to the Coyote Pass land to show them the individual lots. Sadly, Christine kept saying she was going through the motions of being there. Her heart was in Utah. At the end of last season, she told Kody her heart was in Utah and that was where she felt she needed to be. 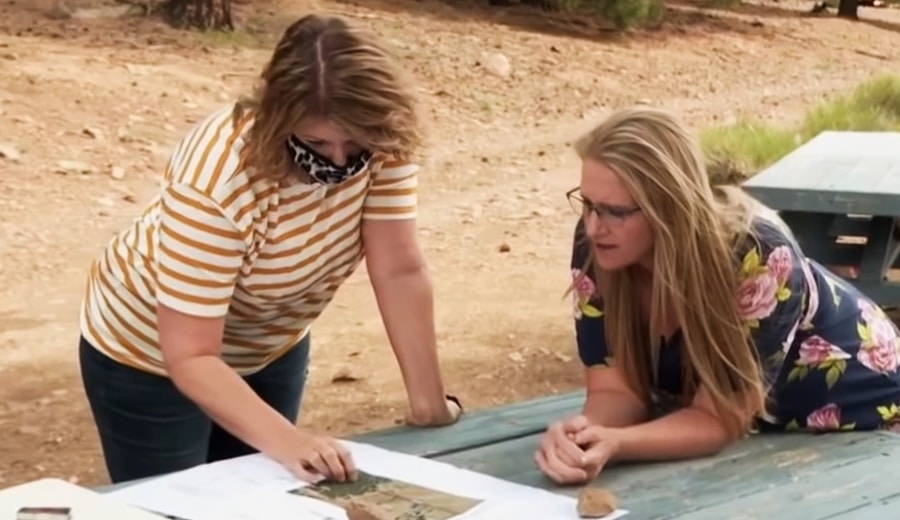 Though Robyn would love to be back there because she has family in St. George, polygamists have been exiled for so long. She is not desperate to return to a place with so much hatred towards their way of life. Robyn also does not want to live a transient lifestyle and uproot her family again. Kody also threw a curveball that he wanted his own lot, making it five lots instead of four.

Though the land is beautiful, Christine still felt distant as her heart is back in Utah. Kody made it his mission to ask each wife their thoughts on moving back. Essentially, Christine was on an island by herself and has since ended her marriage to Kody. She now resides back in Utah where she is looking happier and better than ever. Now that the holidays have started, she is getting into the spirit in the best way possible with women she loves more than anything.

Last year, Kody made it clear if the pandemic continued the way it was, Christmas was off the table. This was a hard pill to swallow as they were not having another Zoom holiday. Nobody knows what his rules are for 2021 yet, though. It looks like the family is getting together and hopefully Kody is okay with it.

As it turns out, Janelle headed to North Carolina to spend the holiday with her daughter Maddie this year. Christine’s daughter, Ysabel is staying with her while she is in college so, along with Maddie’s two kids and husband, it will be a family affair.

Christine has been making the most out of her time in Utah and that means catching up with eldest daughters Myketi and Aspyn. Both are married and have been living in Utah while Christine was transplanting from Vegas to Flagstaff. Last night, to kick off Thanksgiving, Christine got super festive. Along with her mother and Truely, they posed in matching LuLaRoe pajamas.

Followers were so excited to see Christine Brown happy and thriving. “Christine, you absolutely look so much happier, live you lady I am team Christine all the way.” “The single life. GOOD MOVE CHRISTINE! Now go find your own man,” another commented.

Do you think the single life looks better on Christine? Let us know in the comments and follow her journey on Sister Wives every Sunday on TLC.