Meet four women who collectively have been married twenty times. Yet, they are all ready to do it once more on Addicted To Marriage. This is the latest brainchild and guilty pleasure from TLC. One woman has been down the aisle eleven times. Still, she believes in finding her ever after. If only everyone could be that optimistic.

How Many Times Have You Been Married On Addicted To Marriage?

Monette is fifty-two and has been married eleven times. She admits she has been boy crazy since she was two, in love with love. Her daughter, Mercedes attempts to name every one of her mom’s husbands but she fails. It’s a hard thing to do. Now, Monette talks about her all of her husbands, and she met her first husband in high school. Technically, she married her second husband twice. She married her sixth husband twice, as well. 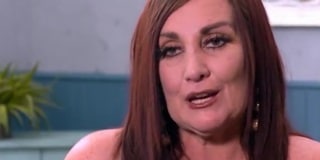 Monette had an online love who she married in Vegas a week later and admits she had been proposed to over twenty-eight times. She has a soul mate she has been looking for her whole life and now she has found it in John. After three days, he told her he loved her. He has been married twice but was shocked to hear she has been married eleven times. Still, he loves her. They do not make sense to anyone on paper but connect in so many ways.

Shae has been married twice and engaged four times. She met her first fiance at eighteen, second at twenty but their relationship ended when he passed away. Shae wanted to move on quickly so she moved on with her first husband. She met her second husband at the mall. Now, she found her soul mate in forty-seven-year-old Joe. He was her Uber driver and she liked his boldness. However, she wants to give him a makeover so does she really accept him? He also has no idea she has been married more than once because he has jealousy issues.

Show Me The Wedding

Monette and Mercedes are going to get their nails done and the technician asks Monette if this will be her second marriage. She is not shy about how many times she has been married, the first one being ten years. Admittedly, she was raised as a Mormon so she knew she could not be intimate until she was married. This was the driving force behind the marriages because she did not want to get kicked out of the church. Had it not been for the church, Mercedes believes her mom may have stayed single. Monette says she thrives when she’s single, the longest time being two months. The tech says maybe the guys are not the problem, maybe it is her.

Kecia is so excited to pick up her new engagement ring. This is not her first rodeo as she has been married three times prior. She is engaged to Ernst and wants to make this the last marriage. Kecia married her high school sweetheart on Valentine’s Day, second for nine months because he was gorgeous. Her third was a doctor who she was married to for sixteen years but could not give her what she needed so she left. Ernst found her on social media and pursued her.

This is the first guy to pursue her and she believes having this later in life has been extremely beneficial. The first ring he proposed to her with was beautiful but too traditional. So she asked for another. The new one is huge and his advice is to let the woman design and pick out the ring.

Addicted To Marriage and Love

Amy is forty-five and has been married four times. Like the others, her first husband was from high school. She admits they got married because she got pregnant. They have two children together. Her second marriage lasted eight years while her third and fourth were whirlwinds. She admits she is a serial monogamist and hopeless romantic. To fix her life, she moved from Boise to Florida and that’s where she met Geno. Amy immediately knew he was her next husband.

They are very hot and heavy. He was everything she wanted, they moved in within six months and got pregnant very fast. She did not want to tell him about her previous marriages as to not scare him. It’s been three years and he still did not know. She finally had to tell him because she wanted to move to Idaho because she missed her old life. It was not until they got to Idaho that he learned about her past. He was so taken aback and felt betrayed. Yet, she feels shook as this is the longest she has been with someone and not been proposed to.

Shae is on the same page as she is chatting with her aunt about how she has been with Joe for three years and he has yet to propose. It is his birthday and she will be taking him to dinner. She feels it is the perfect time to talk to him about an engagement. Her family thinks she is crazy after all her engagements and being married twice but she is hopeful.

Shae takes Joe for his birthday dinner but reminds him he is getting older. When they first started dating, she gave him a timeline. She wants him to stick to this. However, he feels she is being selfish by bringing up an engagement on his special day. This leaves her feeling off and visibly frustrated. He tells her to be patient as he was raised to believe you’re married once. Joe says he is serious about her but she gives him a two-month ultimatum.

Geno’s mother does not know about Amy’s past yet. It is very important to Amy that his mother continues to accept her. They video call her and she is so excited to hear the news until Geno breaks it to her. The look says it all. This season looks to be a wild ride. Monette and John are struggling in their relationship while Geno does not know what to do with Amy. Shae wants the proper proposal from Joe so she gives him a relationship contract. Ernst and Kecia butt heads over not living together before marriage.