Last week Real Housewives of Beverly Hills star Lisa Rinna shared that her beloved mother suffered a stroke. She shared a video of her mother asking everyone to celebrate her as she “transitions.” Monday, the news came that Lois had passed away.

Lisa Rinna’s daughter, Amelia Gray Hamlin, went to Instagram to share the sad news that Lois had passed away. She said, “My guardian angel for the rest of time.. I love you so much my Lolo… you were and will always be much more than a grandma to me.. you were my best friend. My strength.” She continued, “My rock. My everything.”

Amelia continued on saying that her laughter could fill a room. She also said that Lois was the strength of their family. Amelia thanked her grandmother for teaching her what it means to be a strong woman. She also noted that she knows she’s reunited with Frank.  She concluded by saying, “I know they’re having a party for you.. and you are dancing your way through heaven… you’ll never be gone… “I did it my way..” “Me too.” 5:05 am.”

Lisa also went to Instagram to share an old photo of her mother from what appears to be her wedding day. She shared with followers that Lois had passed. She said, “Lois DeAndrade Rinna June 7, 1928 – November 15 2021 5:05am Heaven Has a New Angel. 🦋😇🙏🏼💗”

The life of Lois

This wasn’t the first stroke that Lois had suffered. Her first stroke reportedly left her with months of rehabilitation. Lisa had noted that she wasn’t the same as she once was but they were grateful to have her.

Lois also survived a terrible encounter per People. The report stated that Lois was attacked in 1960 by the Trailside Killer David Carpenter. He was a serial killer and rapist who murdered at least 10 people.

Lisa had previously commented on the attack saying, “A few years before I was born, my mom was attacked by a man that she worked with.” She continued, “He picked her up at the bus stop and then all of sudden he started to drive her down this really deserted road. He tried to rape her. He tried to kill her. Luckily, a military policeman had seen them drive down this deserted road and he knew no one was supposed to be down there and he followed them down. My mom was saved that day by that military policeman.” 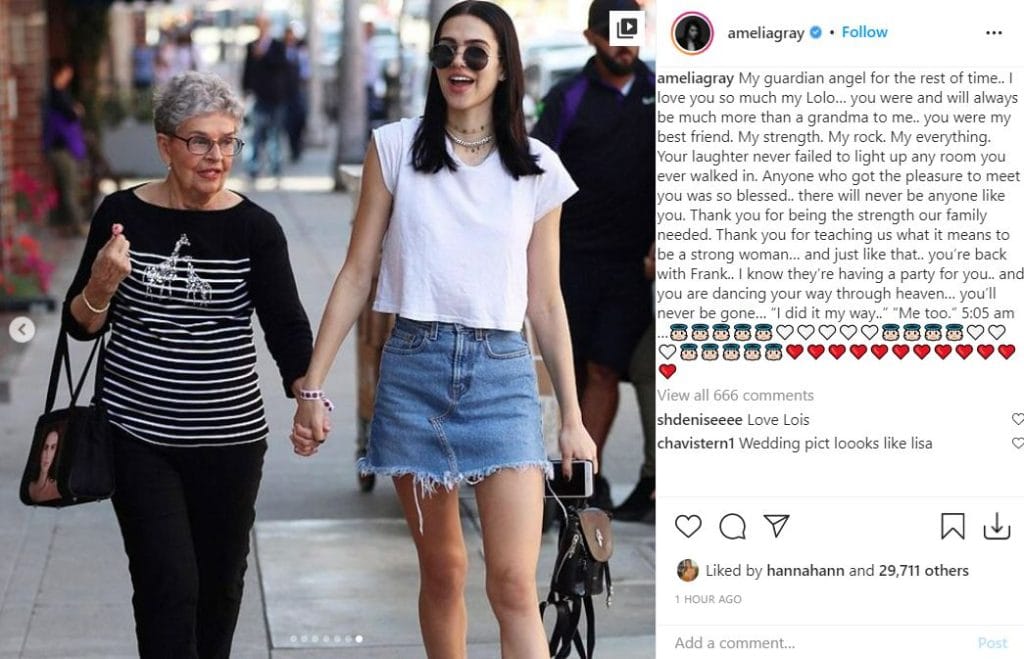 Lois had also previously commented on the attack. She said the man was straddling her and had a hammer in one hand and a knife in the other.

Through the years, Lois and Lisa have remained very close. The two spent a year apart during the pandemic. They were able to reunite when Lois turned 93 this past June.